The pope has cancelled a meeting on the reports on sexual abuse in France. What does this say about the supposed reforms in the Catholic Church?

The independent Ciase commission revealed that 330,000 French people have been raped or sexually assaulted, at least once in their life, by men who worked for the Catholic Church (priests, staff of Catholic schools, or scoutmasters). The study runs from 1950 to 2020.[1] Members of the commission were initially expected to meet with Pope Francis on the 9th of December 2021. However, the Vatican rescheduled this appointment.

Francis’s secretary explained that he was too tired to make it to this meeting.[2] Since then, other reasons for the rescheduling have been revealed. It appears that the Vatican’s leader would rather avoid giving credit to the Ciase report.[3]

What does this say about the supposed reforms in the Catholic Church?

Likeliness of reforms after the French report on sexual abuse

The story could have gone very differently. Pope Francis reacted promptly to the Ciase report. On the exact day of publication, his message was one of “shame.” He expressed his pain and his prayers for the victims and for French Catholics.[4]

This was supposed to be a first step towards reforms preventing abuse from happening again. Pope Francis is generaly expected to be open to working against sexual abuse in the Church. Just a month before the Ciase report was published, Francis held a speech on sexual abuse while he was in Poland. He asked Catholics of Europe to launch “concrete reforms” and to “listen to the cry of the victims.”[5]

An ambiguous relationship to change within the Catholic Church

The president of the Ciase commission, Jean-Marc Sauvé, trusted that Francis would be able to reasonably act on the report.[6] He had good reasons to hope. The Bishop’s Conference of France were, after all, the ones who commissioned the Ciase report, in accordance with the pope’s attitude towards sexual abuse within the Church.[7]

Both the initiative and the consequences of the report laid in the hands of the Church. Therefore, Sauvé and his colleagues were very careful not to target Catholic theology at all. They left room for religious authorities to deal with religious matters.[8]

Expecting reforms, Catholics questioned themselves. What if those who knew about the abuse had told the police? What if abusers had been held accountable for their deeds?[9] As part of this boiling conversation, some Catholics focused on defending the secrecy of religious confessions. A growing fear for the integrity of Catholic rites quickly came in the way of potential reforms.

Justice for the victims of sexual abuse in the Catholic Church

Still, the Church’s responsibility towards the victims became and still remains the norm in France. A month after the report was published, the Bishop’s Conference of France met in Lourdes. French Bishops acknowledged:

They unified around a first set of policies: demanding truth, asking for forgiveness, creating a memorial site, and relaying the victim’s testimonies.

Catholicism under scrutiny after reports of sexual abuse

The desire to prevent sexual abuse from happening again prompted self-examination within French Catholicism. Parishioners became faced with new ethical questions. One of them was: if they pay for the compensation to the victims, does it mean that they pay for their priests to have the right to rape? Does that make them accomplices?[12]

Another concern is the ethical validity of Catholic theology. Some usages of Catholic discourses about God have proved to be very harmful. Since theology was diverted by abusers to justify their assaults, it is now under scrutiny.[13]

For instance, a Catholic feminist association named Toutes Apôtres[14] (All Apostles) suggested a series of theological changes. Among other recommendations, they stated that Catholics should avoid calling priests ‘father’. They argued that this title creates a confusion between God and priests. It allegedly participates in causing the victims to feel dependent on and confident in their abusers.[15] [16]

Quickly rising tensions around reforms in the Catholic Church

In the midst of this inquiry into possible reforms, the French newspaper La Croix disclosed that Pope Francis could have been influenced into not taking action. Indeed, eight Catholic scholars had secretly written and sent him a very critical note[17] on the Ciase report.[18] [19] They assured him that the 1,800-page report was barely scientific and ill-intentioned. They implied that the report aimed at harming the Church.[20]

What most bishops, theologians, and Catholic associations have framed as an opportunity for renewal, the eight scholars framed as a threat.[21] Even after the secret note was disclosed, French bishops kept taking the Ciase report seriously. Some of them even argued that it opens a future for the Catholic Church.[22]

This secret note could be, alongside tiredness, the actual reason why the appointment on sexual abuse within the Catholic Church of France was called off.[23] At that moment, Francis’s stance towards reforms remained unknown.

From then on, different approaches towards reforms gradually appeared. On the one hand, some Catholics fear that reforms would undermine the Church as a whole. They would rather minimise the pain inflicted on victims. On the other hand, others argue that the Church should take on its responsibilities, no matter what.

The war on Francis’s attention

Would reforms endanger the Catholic Church? Most French Catholics, lay and ordained, believe that reforms are good and necessary. That is why the Bishops’ Conference of France commissioned Sauvé to write a detailed report on sexual abuse within their Church.

Nevertheless, dissenting voices keep interfering with these demands. What message most effectively reached the Vatican?

The newspaper La Croix investigated the topic. The French newspaper found out that many at the Vatican had “reservations,” even before the report was even published. The secret note sent to the pope only confirmed previous skepticism towards reforms. As an example, Secretary of State of the Holy See, Cardinal Pietro Parolin, argued that the Ciase report (which he admittedly “did not know that well”) did not justify “any profound reform.”[24]

On the 6th of December, Pope Francis himself queried the reliability of the Ciase report. He stated that the perception of sexual abuse in 1950 and today are different. Francis suggested that contemporary notions of sexual abuse are not adequate to deal with offences that happened during the last seventy years.[25]

As a response, members of the Ciase commission have invited all members of the Holy See to scientific discussions over the method and findings of the report.[26] Could this be enough to reinvigorate Francis’s voluntariness towards reforms?

It currently seems that French Catholics will be left alone in dealing with the problem of sexual abuse in the Church. Since the harm caused to the victims is clearly established, Francis’s revisionism[27] was unexpected. The distance between French Catholics and the Vatican is growing. 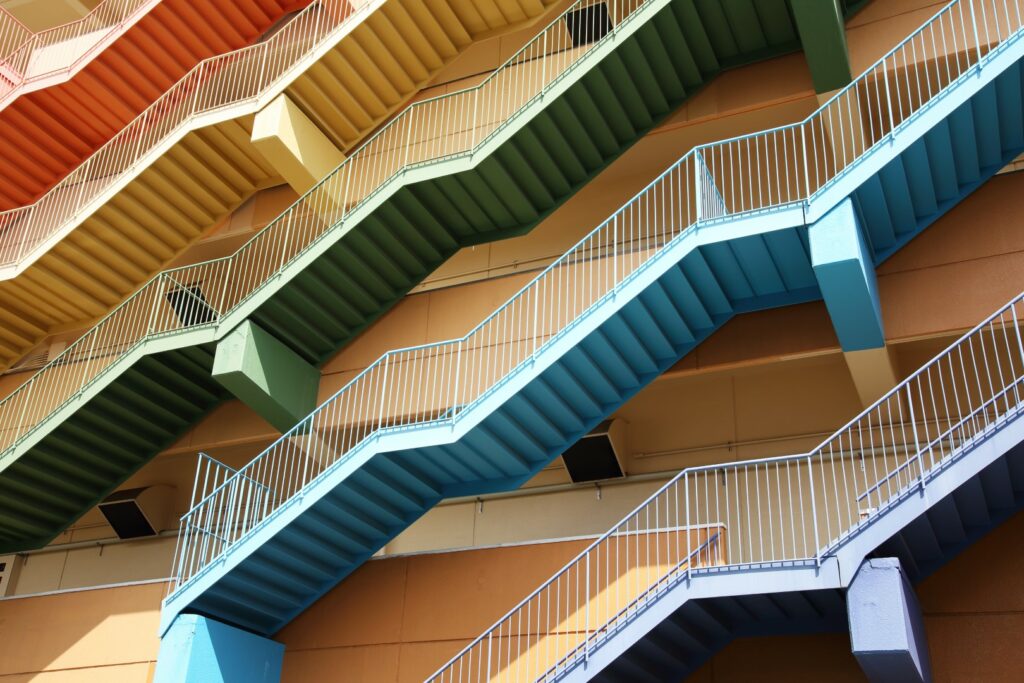 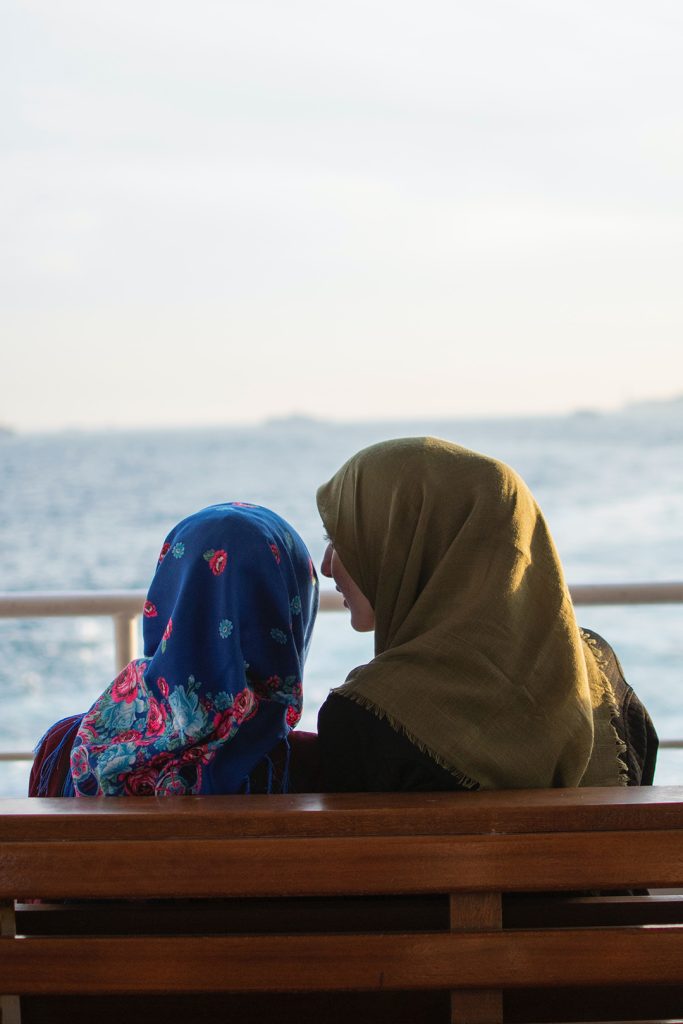