Of particular interest in the 2020 election cycle in the United States is the religious identity of voters. This is partly because Trump’s opponent, Joe Biden, is a Roman Catholic.[1] [2] Another factor that might increase the impact of religion on this election is Trump’s running mate, vice president and well-known evangelical, Mike Pence, who since the 2016 elections has served as a bridge of sorts between Trump and conservative evangelicals.[3] The central role of religion in this campaign is also underlined by the fact that both Biden and Trump have appointed campaign coordinators that are supposed to target faith communities.[4]

Anti-Trump religious groups
There is still a small section of evangelicals (25%) who are neither white nor conservative. This group – together with a small group of white evangelicals (15%) –  is progressive and tends to vote for Democrats.[10] Another evangelical group to oppose Trump are the ‘Red Letter Christians.’ This group focuses on social justice and therefore tends to see its values more actualised in the political left.[11]

Three main themes of Trump’s administration had a strong impact on evangelicals’ support: the relocation of the American embassy from Tel Aviv to Jerusalem; the pro-life and abortion issue; and the LGBTQ issue.[15] [16] [17] [18]

The embassy in Jerusalem
Jerusalem has been the capital of Israel since its independence declaration in 1948, but many states around the world still do not recognise it as Israel’s capital. Objectors of the recognition of Jerusalem as a capital  argue that such a move would hinder any future peace negotiations between Palestinians and Israel and could cause a new surge of violence in the conflicted region.

Nevertheless, Trump officially recognised Jerusalem as Israel’s capital in December 2017 and the new offices and facilities were moved in May 2018. This was a very controversial move and was met with opposition both in the Middle East and in Washington. As a result of Trump’s decision, the Palestinians – who claim East Jerusalem to be their own capital – cut their relations with Washington.[19] [20]

In August 2020, Trump said that he decided to recognise Jerusalem as the capital of Israel and to move the American embassy there for the evangelicals. He also added that, paradoxically, the evangelicals are more enthusiastic about this decision than the Jews themselves and he stated: “You know, it’s amazing with that — the evangelicals are more excited by that than Jewish people.”[21] [22 This move was important for many conservative evangelicals as they attach a prophetical value to Jerusalem. According to this prophecy, Jerusalem will play an important role during the end-times events. The Jews need to first experience a religious rebirth in Jerusalem and rebuild their temple. This will bring a number of catastrophic events that will culminate in the Battle of Armageddon, the last war of humanity. This war will convince the Jews to finally accept Jesus; will bring the return of Jesus’ glory and God’s kingdom; and will bring a thousand-year reign of peace.[23] [24]

Pro-life and abortion
In general, Trump has expressed support for banning abortion almost entirely, except for cases of rape, incest, or danger to the mother’s life.[25] In January 2020, Trump was the first president to participate in the March for Life. In past years, Republican presidents opposing abortion merely sent video messages or delegats to speak in their place at the march.[26]

To the crowds of religious school groups and the anti-abortion activists who attended the march, President Trump said: “Unborn children have never had a stronger defender in the White House.” He also added, referring to the next elections, that “the far left is actively working to erase our God-given rights,” and that it wants to “silence Americans who believe in the sanctity of life.”[27] In the same week, the Trump administration also announced that it will deny federal money to California if it will not eliminate the requirement for private insurers to cover abortions.[28] [29]

LGBTQ
Trump’s administration approach towards the LGBTQ community is more complicated. Trump and his administration are divided between their attempt to satisfy their evangelical voters and their need for LGBTQ voting support. The GlAAD (Gay & Lesbian Alliance Against Defamation) said that  “Minutes after Donald Trump was sworn into office” in 2017, “any mention of the LGBTQ community was erased from White House, Department of State, and Department of Labor websites.”[30] GIAAD also reported that throughout the first three years of Trump’s presidency, Trump’s administration made over 130 anti-LGBTQ political attacks.[31] [32] [33] [34] Evangelicals seem mostly to focus on the first aspect of Trump’s approach to LGBTQ. On the other hand, the president’s 2020 campaign is targeting LGBTQ voters in order to gain their electoral support.[35] As a result, Richard Grenell – former director of national intelligence – was named senior adviser of the LGBTQ campaign.[36] Additionally, the Log Cabin Republicans, a powerful and big LGBTQ Republican organisation, has opened a multimedia platform ‘OUTspoken,‘[37] to publish pro-Trump content. In the first video published by the platform, Grenell is filmed saying that Trump is: “the most pro-gay president in American history.” The Washington Post has responded to this video arguing it is “absurd.”[38]

The pragmatism of Trump’s approach and the evangelicals’ approval
Trump’s approach to the election seems rather pragmatic. Trump seems to have been using religion – in the past 2016 elections; throughout his presidency; and in his current campaign –  as a means to attract voters, especially evangelicals. Nevertheless, it seems that when he wants to gain the support of other groups, such as the LGBTQ community, he is willing to renounce religious ideals in order to attract those voters. It is therefore fascinating that evangelical voters still prefer to vote for Trump, even though his politics seem to be strongly pragmatic and his personal life does not completely conform to evangelical values.[39] It seems that Trump’s actions are more valuable to evangelicals than Trump’s personal life and opinions. The alliance with conservative Catholics also supports the fact that for evangelicals, actual politics is sometimes more important than religious belief. Donald Trump’s recent nomination of Amy Coney Barrett, a devout Catholic, to the Supreme Court[40] underlines the strong impact of this alliance.[41] As social conservative activist Bob Vander Plaats has said: “Trump doesn’t always display the fruits of the spirit. But the scripture taught us to judge a person by their actions as well.”[42]

Why do evangelicals close an eye on Trump’s private life?
Washington Post Journalist Elizabeth Bruenig brings about different theories that attempt to explain evangelical voters’ connection to Trump, despite his doubtful personal life. According to Bruenig, in a simplistic way some argue that evangelicals have always been ‘hypocrites’ since they require a moral behaviour from their opponents which they do not expect the politicians they support to comply to. Another possibility is that evangelicals – despite the evidence to the contrary –  are naive and were convinced by Trump’s campaign that depicted him as a believer of God. Lastly, and maybe most plausibly, it could be argued  that evangelicals merely want a  “champion to fight the culture wars, even if he didn’t share their vision of the good life.”[43] This need for a champion must be understood in the context of the inability of evangelicals to make a difference in American politics in the last 50 years.[44]

[3]Religious Identity and the 2020 Presidential Election

[4]Religious Identity and the 2020 Presidential Election

[5] White evangelical approval of Trump slips, but eight-in-ten say they would vote for him

[6]Why Trump is reliant on white evangelicals

[7]This Election, Evangelical Supporters Have More Faith in Trump

[8]  White evangelical approval of Trump slips, but eight-in-ten say they would vote for him

[9] How strong a role does religion play in US elections?

[10] How strong a role does religion play in US elections?

[11] Why Donald Trump still appeals to so many evangelicals

[15] Trump, the Bible, and the Far Right’s Use of Religion

[16]Why Donald Trump still appeals to so many evangelicals

[17]Opinion: The secret to Donald Trump’s support among evangelicals: his leadership style aligns with a vision of Christian manhood

[20] Trump said he ‘moved the capital’ of Israel to Jerusalem for evangelical Christians, who are ‘more excited’ about it than Jews

[22] Trump said he ‘moved the capital’ of Israel to Jerusalem for evangelical Christians, who are ‘more excited’ about it than Jews

[23] For many evangelicals, Jerusalem is about prophecy, not politics

[24]Was God really the peace broker on the White House lawn?

[25] Abortion: How do Trump and Biden’s policies compare?

[26] Trump Fulfills His Promises on Abortion, and to Evangelicals

[27] Trump Fulfills His Promises on Abortion, and to Evangelicals

[29] In Presidential First, Trump Will Attend Anti-Abortion March for Life

[39] Why Donald Trump still appeals to so many evangelicals

[42] Why US evangelicals are flocking to Trump 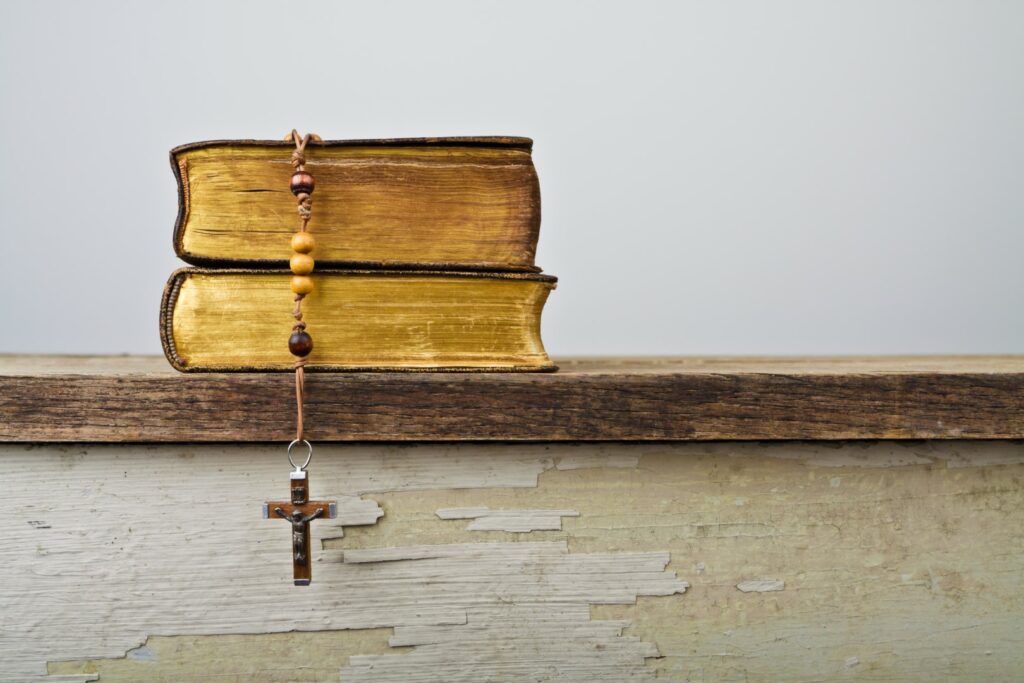 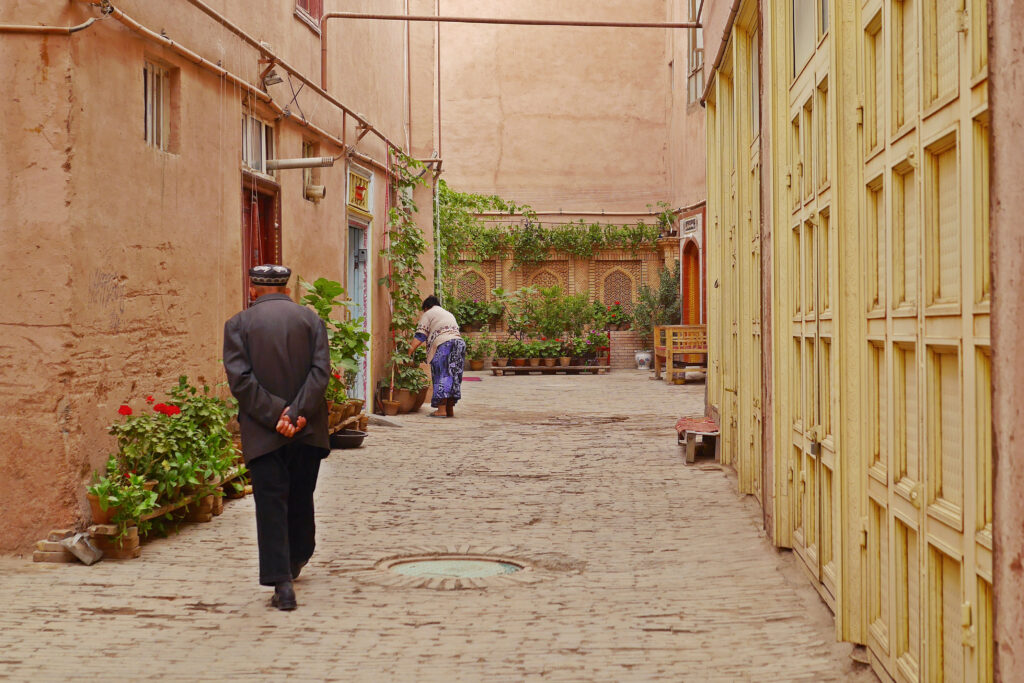