Is the Brexit movement a religion?
Part 2: Follow the crowd

Just how close did the Brexit movement get to qualifying as a religion? Frazer MacDiarmid looks at what group dynamics tells us about this fascinating chapter in European history.

A snapshot of Brexit
It’s 29 March 2019, the day the British government promised the UK would leave the European Union (EU). Enormous crowds gather outside parliament, bringing traffic to a standstill.[1] Devotees lead chants of “Brexit now,”[2] while others provide the EU flag as a burnt offering.[3] Mourners bear a coffin through the crowd, symbolising the death of democracy, murdered by the powers of evil.[4] Still more of the faithful hold up signs: “Believe in Britain,”[5] and “Save Brexit.”[6]

The assembly marks the end of a two-week, 270-mile long Brexit pilgrimage from Sunderland to Westminster, the holy seat of sovereignty. The supreme leader of Brexit, Nigel Farage, is greeted with enthusiastic cheers as he addresses the crowd. He praises them for their “bravery” in coming, since he believes, “being in Westminster, we are in enemy territory.”[7] His message is clear: the sacred site of Westminster is being occupied illegitimately by evil forces, who have betrayed and defiled the gods of sovereignty and democracy.

Religion is almost always situated in a communal context, which is “its most obvious physical characteristic.” Religious group members “share certain common goals” and norms of behaviour. Individuals often have a strong “sense of identification with the group,” and the group forms an important part of their personal identity. This solidarity can be heightened by the group’s clear distinction from non-members. A religion’s adherents are often divided into different ranks and statuses, among which certain patterns of interaction are established.[9]

Brexit by definition concerns a group. It is the movement that campaigned for, voted for, and demanded Britain’s departure from the EU. Precisely 17,410,742 people voted for Brexit,[10] and many thousands of people joined mass gatherings, like the snapshot above. Brexit leaders were eager to boast about the size of their group. In the 29 March 2019 speech mentioned above, Nigel Farage, addressing a crowd of perhaps some thousands, said: “How many people turned up to the Leave Means Leave Rally? Well I know the number: there are 17.4 million people here today in this square!”[11] As with all populist movements, Brexit was built around a narrative that the concerns of the majority are ignored by ruling elites.[12] That Brexit is a group phenomenon is essential to its very existence.

Common goals
Members of a religious group are united by their common concern for certain moral and religious ends. Most religions wish for the coming of peace and love in the world, and direct their actions to make this a reality in their communities. Particular religions are united by particular goals, such as the second coming of Christ in Christianity. Particular denominations have even more particular goals. Tibetan Buddhists are vocal in campaigning for Tibet’s independence from China.[13] This same system of increasingly specific goals is evident among Brexiteers. All those who turned up to protest on 29 March 2019, and in fact all those who voted for Brexit, were united by the common goal for the UK to leave the EU. There are then many different secondary goals which unite certain types of Brexiteers. One is the goal to be free from foreign regulation, wanted by many farmers and fishers fed up with red tape.[14] [15] [16] Another is Britain’s control of immigration, wanted by people concerned about the consequences of unchecked immigration from European countries.[17] Those who hold this secondary goal are divided further into those who want only high-value (skilled) immigrants, those who want only English-speaking immigrants,[18] and those who wish for a reduction or halt of immigration.[19] [20]

It is simple to compare how ranks and statuses exist within religions and Brexit alike. First is the major distinction between believers and non-believers. Believers are then separated according to their devotion (though also ideologically) into Hard-Brexiteers and Soft-Brexiteers. Those initially doubtful of Brexit but saw the light are converts, and those whose faith lapsed are apostates.[21] Nigel Farage is clearly a prophet who predicts impending doom if Britain remains in the EU, and calls down divine judgement upon corrupt leaders who try to thwart the will of the people.

Brexit as identity
Supporting Leave or Remain became “badges of self-identity” for many Britons.[22] [23] According to one political scientist, strong belief in or denial of Brexit (“sanctified notions of self-identity”) became a means for Britons to reduce their own “existential anxieties” in an overwhelming world.[24] Some decided to have their (un)belief in Brexit confirmed with a tattoo.[25] [26] UK newspapers divided quite neatly between those supporting Remain and those supporting Leave, to align with the opinions of their readership.[27] [28] The linguistics scholar Steve Buckledee has analysed how the words ‘we’ and ‘they’ were used in pro-Brexit publicity to signal belonging among Brexiteers, and foster fear towards Remainers.[29] The fellowship based on shared goals is strengthened when the group feels united against a common enemy.[30] Social scientists call this process ‘othering’ or ‘scapegoating’, whereby one’s essential identity is formed around the exclusion or hatred of another group.[31] This is often narrated in the language of war. The sense that one is fighting a holy battle against forces of evil is extremely powerful in uniting a group.

It is all too obvious how ‘othering’ has occurred in religions. Christianity has historically (and in some cases presently) been notorious for its hatred of Jews.[32] Islamic extremists justify their atrocities by ‘othering’ the West. Osama bin Laden’s “message to America” addresses Americans after 9/11, whom he believed were all responsible for US military actions in the Middle East (“your evils”).[33]

Supporters of Brexit frequently reached for war metaphors to describe their campaign.[34] [35] [36] The Leave campaign aligned their cause with that of Britain’s Second World War effort.[37] Terms like ‘enemy of the people’[38] and ‘traitor’[39] were levelled at anyone perceived to be acting counter to the referendum outcome. And that is just within the UK. A great deal of abuse was hurled at Europeans and the EU itself by Brexiteers.[40] Because their war was in defence of such grand concepts as democracy and freedom, ordinary patriotic Britons believed themselves participating in a battle of almost cosmic proportions.[41] A subsequent article will look at how the Brexit campaign characterised Britain as a ‘sacred’ or ‘chosen’ nation, which needed to be cleansed from European impurity.

First characteristic of religion: check
The task of this article was to assess whether the Brexit movement conformed to Johnstone’s first characteristic of a religion. However you look at it, Brexit has proved to be an inherently ‘group phenomenon’. Adherents share common goals, enjoy different ranks and statuses, and often assume Brexit as a part of their personal identity. Moreover, Brexit is at heart a populist movement. Although I have applied religious colouring in this article, Brexit’s religious elements speak for themselves.

The next article in this mini-series will focus on the ‘beliefs’ of the Brexit movement, and how many of these beliefs were centred around the ‘mythical’ Brexit bus.

[15] Farmer support for Brexit as strong as ever, FW poll reveals

[16] They voted for Brexit. Now many U.K. fishermen feel betrayed.

[19] Stop allowing immigrants into the UK.

[20] Brexit gives Britain a chance to fix its immigration policy

[21] Leave to remain? The voters who have changed their minds over Brexit

[22] Existential anxiety: how Leave and Remain became badges of self-identity

[23] In many ways, the Remain campaign also demonstrated religious characteristics. I treat this point in my final article.

[24] Existential anxiety: how Leave and Remain became badges of self-identity

[25] People Are Getting Tattoos To Mark The EU Referendum

[28] Which Newspapers Support Brexit In The EU Referendum?

[29] Steve Buckledee, The Language of Brexit: How Britain Talked its Way Out of the European Union (Bloomsbury, 2018), chapter 4.

[31] Us vs them: the sinister techniques of ‘Othering’ – and how to avoid them

[35] ‘Fighting for freedom’: inside the leave protest on what would have been Brexit day

[37] WW2 has become a rallying point for Leavers. It need not have been so

[40] ‘A frenzy of hatred’: how to understand Brexit racism

[41] ‘Fighting for freedom’: inside the leave protest on what would have been Brexit day 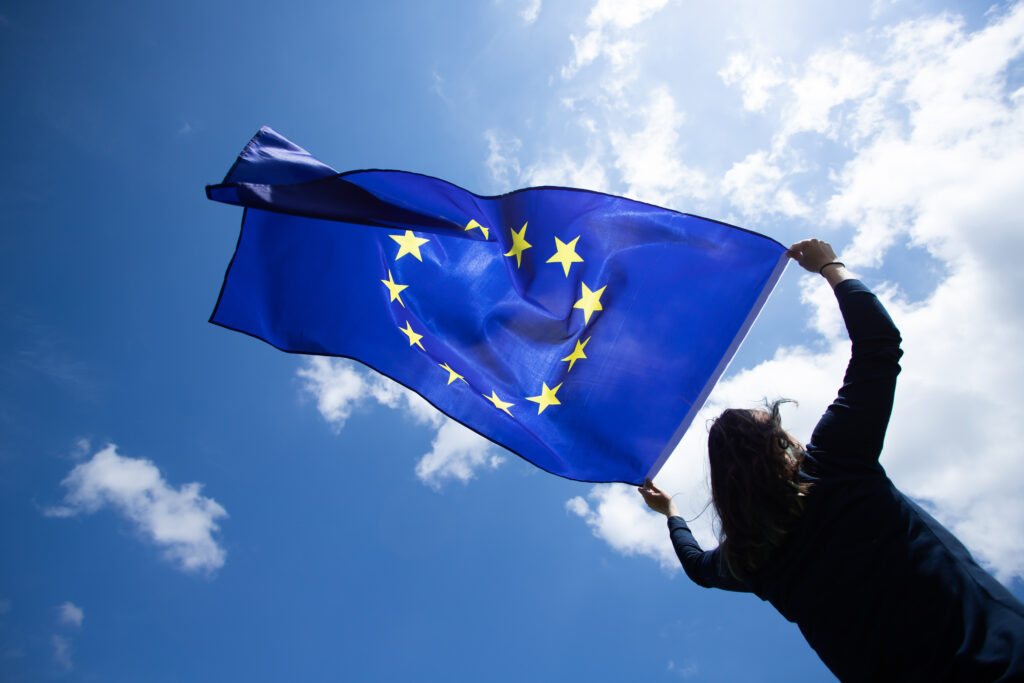 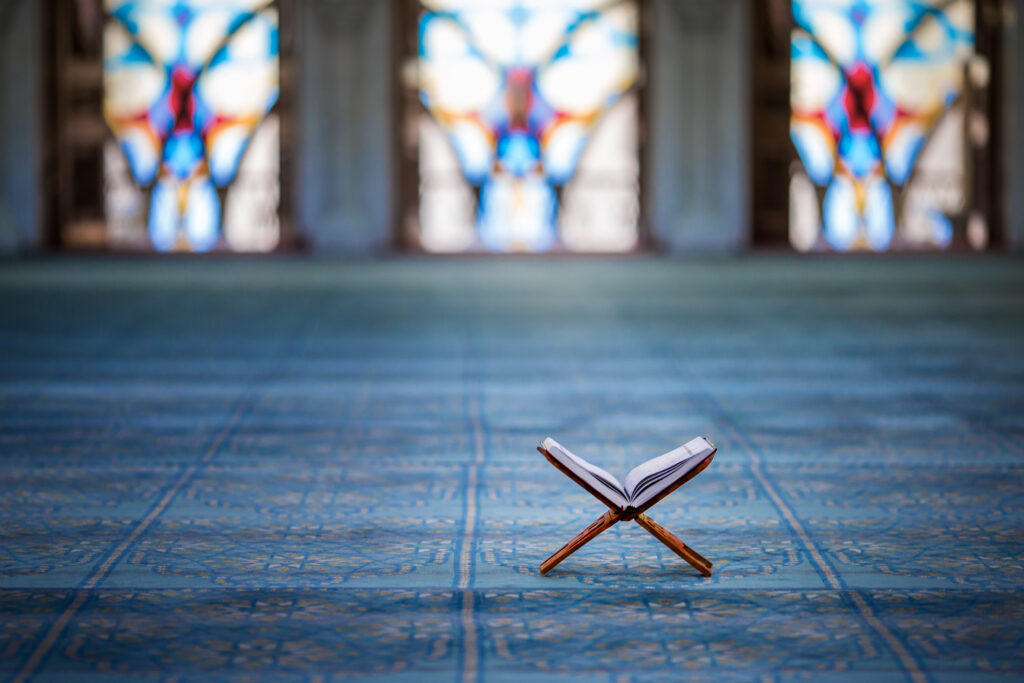