The Vote Leave campaign relied upon appeals to morality to convince Brits to back their cause. So what was the morality behind Brexit, and how might it compare to that of a religion? In the fifth part of his Brexit mini-series, Frazer MacDiarmid takes a look.

Morality as a characteristic of religion
This mini-series has already looked at the first three of sociologist Ronald L. Johnstone’s five characteristics that a religion exhibits.[1] These were a religion’s communal context, the body of beliefs, and practices associated with membership.

Certain ideas and behaviours are advocated in a religion with the intention that adherents will choose these in everyday life, while others are discouraged. A “higher source or basis” for the religion’s morality is often claimed.[2]

In a sense, most attempts to convince someone to do something rely upon an appeal to morality. This can be an explicit moral injunction (‘this is the most moral thing to do’), implied (‘sign up to be a soldier for your country’), or involve a counter-intuitive or delayed moral element (‘you should kill this man because he is evil, and so his death is beneficial for the world’ or ‘you should steal this money because you would make better use of it’).

Because of space, this article will treat only explicit appeals to morality by the pro-Brexit movement.

There was much talk about what a moral vision for Brexit might be. Not all Brexiteers shared moral codes, but for most, voting Leave was the most moral of the two options in the referendum.

It’s the economy, stupid!
Many of these visions rely upon economic arguments that the more prosperous Britain is, the more its citizens will be allowed to flourish.[3] [4] [5]

However, economists tended to predict that leaving the EU would damage rather than improve Britain’s economy.[6] Even the then-Chancellor, George Osborne,[7] and the International Monetary Fund,[8] warned that Brexit would trigger a recession.

Brexiteers counteracted this bleak assessment in a number of ways: the economists were overly pessimistic; they were biased against Brexit because of ideological allegiances; or they were part of the elitist machine that Brexit is trying to upset.[9] Some Brexit supporters accepted that the economy would take a hit in the short term, but that Britain would win in the long run.[10] [11]

The Vote Leave campaign seemed to realise that to most people, ‘the economy’ is the concern of politicians and businessmen, and has little impact on their everyday lives. They decided to base their campaign upon something more tangible and comprehensible: the amount of money Brexit would save the UK (£350 million, according to them, though this figure does not include money the EU gives back to the UK[12]), which could then be spent on public goods like the National Health Service (NHS).[13]

This strategy – to characterise the EU as a debt collector who can never be satisfied, and reframe the economy around the beloved NHS – ultimately won the day. According to this reading, Remainers were guilty of the sin of wastefulness. Key strategists from the Remain campaign have admitted that their focus on the abstract ‘economic benefits’ of EU membership was not persuasive.[14]

Reduced inequality
Other Brexit campaigners claimed that Brexit would reduce inequality. Their argument runs like this: EU membership entails freedom of movement, and ensures a steady flow of low and unskilled migrants to the UK. Because supply of unskilled workers always exceeded demand, employers and the government had little incentive to develop robust apprenticeships and training programmes. Since it is the children from the most disadvantaged sections of society who tend to go into trades and need apprenticeships the most (while the more privileged go to university), EU membership disproportionately affects the poor. Moreover, in an employer’s market such as the EU provided, employers had little incentive to offer good working conditions: if one employee quits there is always another waiting to take their place.[15]

Brexit would give the UK the chance to determine what kind of workers their society needs. It would result in more jobs for young and unskilled people, and reduce the levels of inequality in Britain.[16]

This argument is sound as far as it goes, but ignores the fact that Brexit risked creating new inequalities or further entrenching existing ones (such as legitimising xenophobic or anti-immigrant sentiment).[17] [18] [19] However, it is not the purpose of this article to assess the practicalities of the morality of Brexit.

The Leave campaign supported reducing inequality. According to them, a conscientious voter, being guided by their morals, should therefore vote Leave.

Humanitarians for Brexit
For others, Brexit is moral because it would allow Britain to construct a more ethical trade policy. As a member of the EU customs union, Britain is one voice among many deciding what European trade policies should look like. Whatever the EU decides upon, regardless of its moral soundness, Britain must agree to it as a member state.[20]

Freed from the shackles of euro-centrism, however, Britain would be able to control what areas of the world, including areas of the developing world, to support as a trading partner. Rather than having to deal primarily with the relatively wealthy EU member states, Britain would be a more outward-looking country ready to invest in Africa and parts of Asia which desperately need foreign support.[21]

Some go on to argue that membership of the EU therefore makes Britain implicitly racist, since it is forced to invest most in majority white countries in Europe, rather than in regions with majority Black or ethnic populations. Indeed, the European Economic Community (EEC) has been described as a ‘neo-colonial institution’ for this reason.[22] (The EU has recently been accused of similar neo-colonialism in their reluctance to share its vaccines with the developing world.[23])

Furthermore, inside the EU, Britain is forced to neglect Commonwealth nations and other countries with historical ties to Britain (who fought with Britain in the 20th century, not against it).[24]

A convincing argument?
Whether a more ‘moral’ Britain emerges post-Brexit remains to be seen. Many of the arguments laid out above for Brexit’s morality relied upon best-case scenarios. For example, would a post-Brexit Britain choose to implement humanitarian trade policies, or would it be driven to look for the greatest profit margins? Also, how much was a typical Leave voter swayed by these relatively complex, theoretical arguments, drafted by educated elites? All the evidence points towards concerns over immigration and sovereignty being the primary motivations for the average Brexit voter, rather than humanitarian and egalitarian motivations.[25] From personal observation, Remainers had a more highly developed sense of the morality of their choice (or at least the immorality of Brexiteers’ choice).[26]

When the deadline for Brexit was continually delayed and extended in the years following the referendum, and calls for a second referendum became increased, concerns were raised about the thwarting of the ‘will of the people’ and the democratic process. The fight for Brexit became a kind of holy war of ‘the people’ on the side of morality and freedom, against ‘the elites’ driven by immoral motivations. The next article in this series will examine how some ideas, like ‘sovereignty’ and ‘the will of the people’ took on a sacred meaning for Brexiteers.

It is fair to say that the ‘religion’ of Brexit did not entail moral prescriptions in the same way as Judaism does the Ten Commandments, for example. Perhaps its only moral imperative was to vote Leave on the 23rd of June, 2016.

[3] The morality of Brexit

[4] Richard Turnbull: Moral and economic issues in the EU Referendum

[14] How to spin a referendum: The inside story of the Brexit campaign

[15] How Brexit can help us tackle disadvantage

[16] How Brexit can help us tackle disadvantage

[17] Brexit, inequality and the demographic divide

[18] Brexit is an opportunity to tackle inequality

[25] Voting Leave: what were the underlying factors behind the Brexit vote? 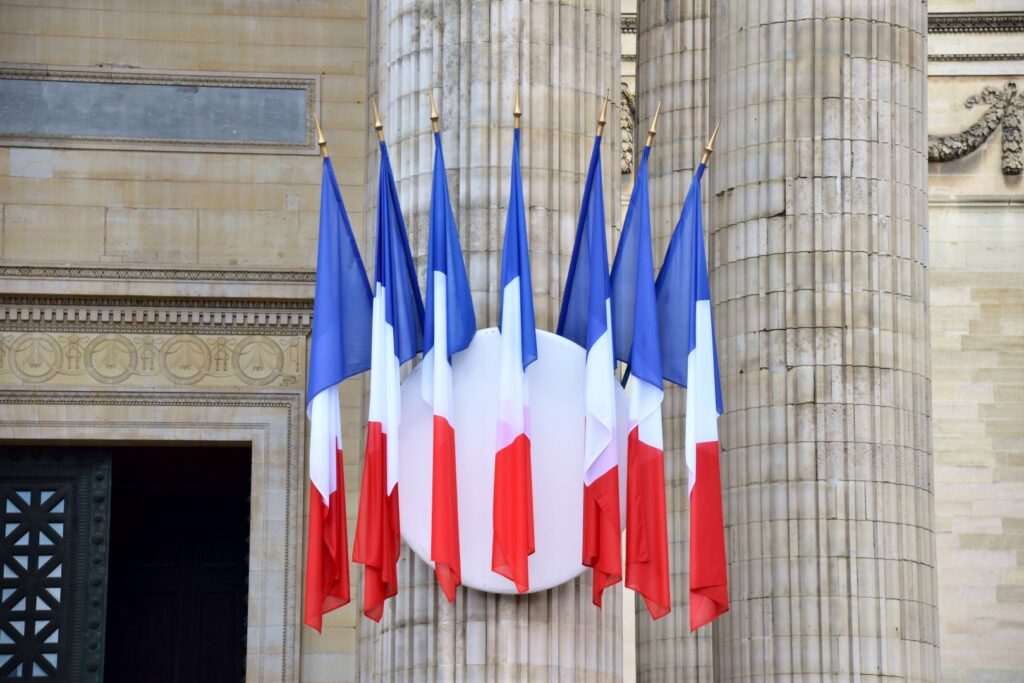 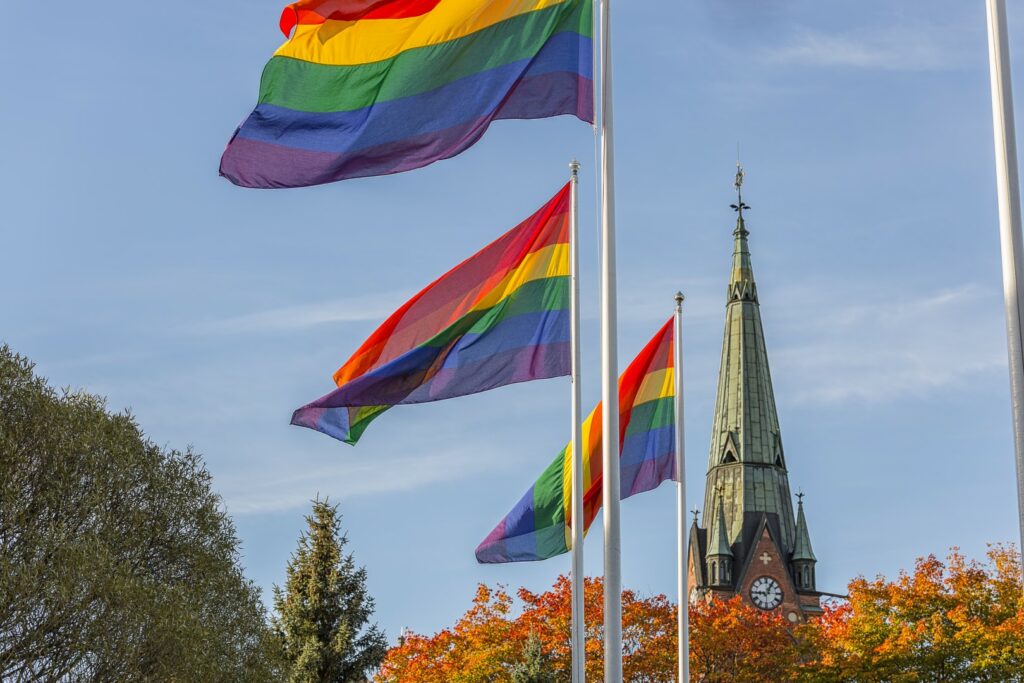 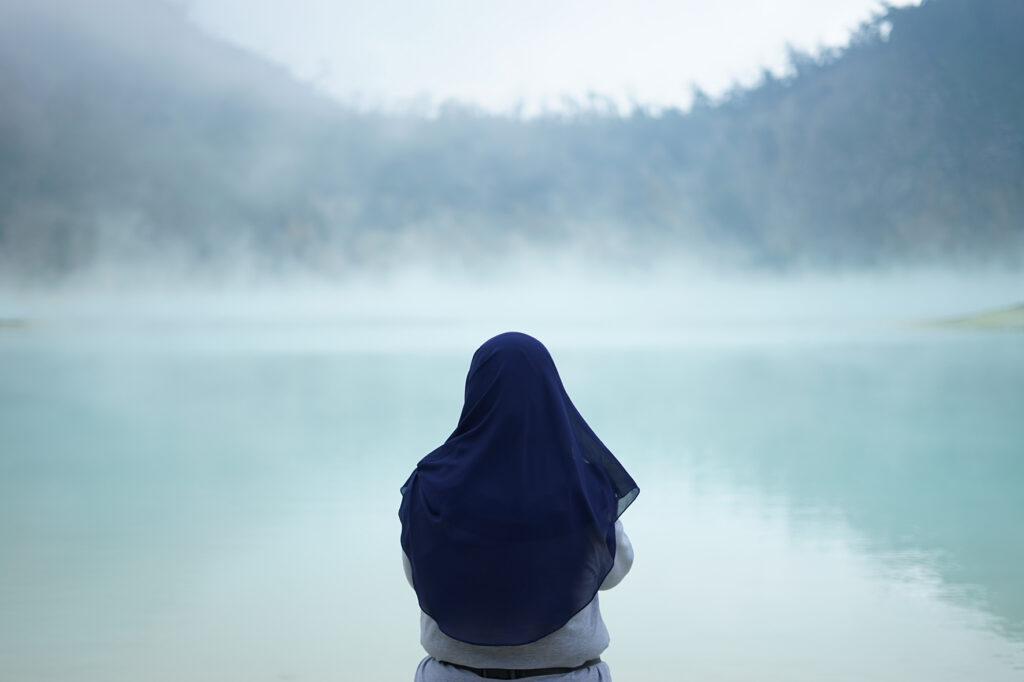