In the latter half of the 20th century, media coverage of religion in France dwindled, becoming less of a front-page concern. This phenomenon began to change following two events: the Creil Affair of 1989 and the terrorist attacks on 9/11 in the United States.[1] While religious elements of the horrors of 9/11 garnered international attention, news of the Creil Affair spread less widely outside France. Better understanding the Affair, however, helps illuminate a major consideration in how French media covers religion: the idea of laïcité.

The Creil Affair and evolving views of laïcité
In October 1989, three students at the government-run Gavriel Havez school in Creil attended class wearing their hijabs, or headscarves. When told by their teachers to remove the scarves, the girls refused, citing their Islamic faith.[2] The school counteracted by refusing to admit the girls and in so doing initiated months of national debate. Ultimately, the students were allowed to return with their headscarves, but the issue was far from settled. The debate reached a climax in 2004, when the French government reversed the 1989 decision and passed a law that banned wearing clothing that “ostensibly manifests a religious affiliation,”[3] including the hijab, within schools.

To many outside France, this situation seems strange. Where did the teachers and politicians look for justification for banning the scarf? The answer lies in the century-old concept of laïcité. Codified into law in December 1905,[4] laïcité can be tricky to communicate outside of France. For starters, the very act of translating the word creates difficulty, with many English sources choosing “secularity,”[5] a translation that fails to fully convey the complexity of the term.[6]

The French government defines the practice as freedom of conscience– it allows believers and nonbelievers to express their opinions without the fear of persecution, guaranteeing the separation of the state from any sort of religious institution. In other words, “[i]t is not an opinion amongst others–but rather the freedom to have one (an opinion).”[7] Jean-Louis Bianco, the director of CEVIPOF, Sciences Po’s Centre of political research, has defined laïcité as primarily a liberty, but also a neutrality of the French state in religious matters.[8] A repercussion of this neutrality is that anyone working for or attending an institution run by the French government –– including schools –– must not wear items that “ostensibly” or blatantly show one’s religious beliefs. Small cross necklaces, Stars of David, or hands of Fatima are acceptable, but more obvious items are forbidden.[9]

Laïcité, Islam, and the media
Nowadays, a substantial portion of religious news in France deals with incidents stemming from laïcité, the most common of which involve alleged Islamic breaches of secular principles.

Since the Creil Affair, the wearing of scarves and burkas by Muslim women has become one of the most widely covered, recurring religious debates in France. The issue resurfaced in fall 2019 as a member of France’s far right National Rally party demanded a mother serving as a school chaperone take off her scarf when in a local government building.[10] Others defended her, with some calling for a system of “communalism” present in many other countries, like the UK, where individuals in government settings can wear religious clothing and make their own religious values known. The debate became so heated, President Macron stepped in, criticising some political commentators whom he accused of wrongfully tying support for communalism with support for terrorism.[11]

A few months later, laïcité reentered the news in an Islamic context after a sixteen-year-old schoolgirl received death threats for harshly criticising the Islamic faith. The debate circled around whether laïcité gave one a right to blaspheme and where the line should be drawn on criticising a religion on its merit versus targeting adherents of the faith.[12] [13]

Present throughout much of the coverage, particularly when dealing with burkas, is the problematic trend of using the term “Muslims” or “Muslim women” too generally, leading to a false perception of the sizable 5.7 million French Muslim population as more politically and socially similar than they actually are.[14] [15] Though some Muslims protest elements of laïcité, they do not represent the feelings of all in their faith. In fact, there is diversity amongst those who challenge or violate laïcité laws, too, a subtlety media coverage can obscure.

Laïcité, Christianity, and the media
Media coverage of interactions between other religions and laïcité are less common, yet notably different. Cases involving Christianity, like those with Islam, regularly involve clashes, but the tone is often one of annoyance at the overreach of laïcité as opposed to an overstep by the religion. For instance, in 2014, a complaint was made against the installation of a Nativity scene in a government building in La-Roche-sur-Yon. The complaint led to the removal of the scene, causing an outcry from local politicians who maintained that the scene was more traditional and cultural than religious.[16]

Beyond situations like the above, clashes between Christianity and laïcité are uncommon, a phenomenon potentially explained by two factors. Firstly, some have argued laïcité evolved from a Christianised society in which separation of Church and state had long been established and accepted, making the two easily compatible.[17] And, secondly, most clashes between Christianity and laïcité occured when the law was first passed, over a hundred years ago. For instance, just as there have been calls to ban public wearing of the burka and burkini today, there were calls to ban the Christian cassock, or soutane, in public places in the early 20th century.[18] Coverage on clashes between Islamic traditions and laïcité rarely delve into this history, again contributing to a misleading view of Islam as the only religion to have significant issues with laïcité.

Laïcité, Judaism, and the media
Media coverage of interactions between Judaism and laïcité are also infrequent, perhaps partially due to the fact that France’s Jewish population numbers only around 500,000.[19] Furthermore, media coverage of perceived clashes between laïcité and Judaism are often overshadowed by similar clashes between Islamic traditions and laïcité. For instance, though the 2004 law banned the yarmulke, or kippah, discussion of religious clothing violating laïcité tends to veer towards headscarves and burkas. In fact, in 2012, far right National Front leader Marine Le Pen stated that the yarmulke does not create a problem, but called on Jews to make a small sacrifice and remove them so that France could, in good faith, ban that which she considered more disruptive: Islamic headscarves.[20]

Most recently, media coverage of Judaism and laïcité has centred around food options provided at school. Should schools provide special meal plans for children who wish to eat kosher or halal? Ultimately, most towns consider the issue negligible, as they regularly provide at least one vegetarian option.[21]

The role of politicians
Despite efforts to report without bias, media coverage of laïcité has contributed to a misleading narrative in which “Muslims” violate laïcité more than other religious adherents and as a group. Blame for this situation should not fall squarely on the shoulders of the media, though, as journalists do not have complete control over what counts as news. Additionally, many succeed in reporting fairly on the situation. One major root of the problem comes instead from the actions and rhetoric of politicians, especially on the far right, who have redefined that which is newsworthy.[22] For instance, the incident with the chaperone’s headscarf would likely not have made the news had a National rally politician not publically confronted her.

Regardless of how the situation arose, the overall outcome remains the same: when entering the world of media coverage, the desired neutrality of laïcité is often lost.

Would you like to learn more about news concerning religion and society? Visit the EARS Dashboard.

[13] What is the ‘Affaire Mila’ and what does it say about France and Islam?

[22] How the National Front Changed France 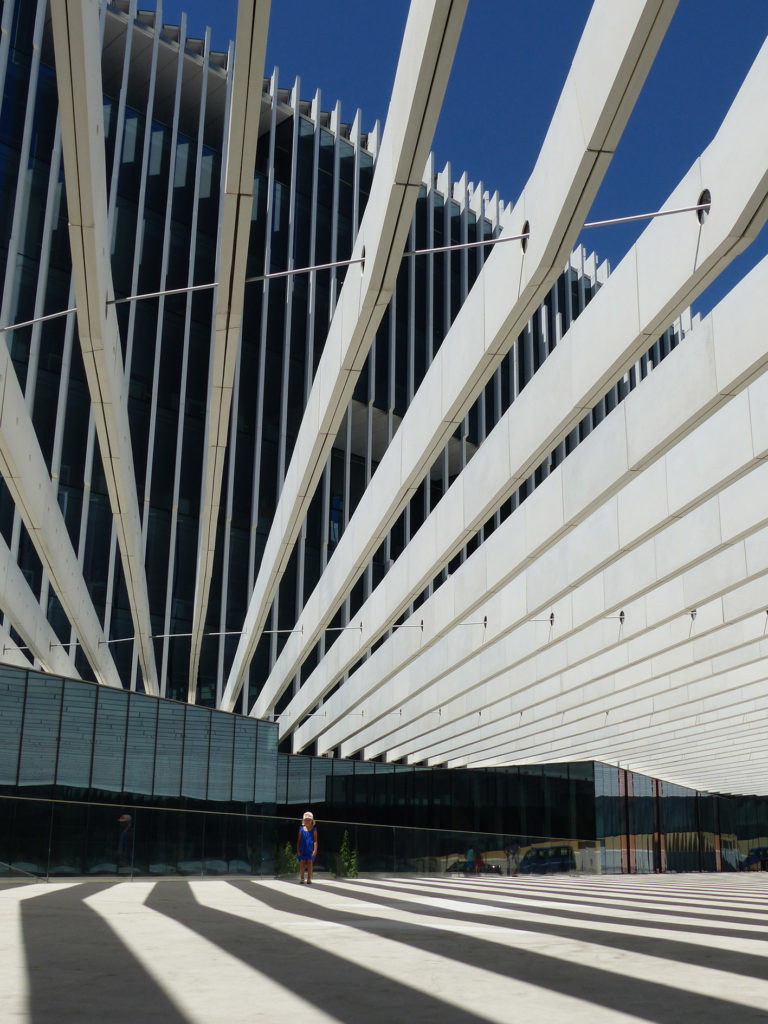