While jihadist terrorism is one of the core components of any global news broadcast, its subtler counterpart, Islamism, rarely rises to public consciousness. Maajid Nawaz, founder of the think-tank Quilliam, defines Islamism as the attempt to impose one particular version of Islam on the rest of society, whereas jihadism is the attempt to do this by violent means.[1] While Islamism, as Nawaz defines it, is not a violent ideology, it is explicitly theocratic in nature, and is therefore necessarily in conflict with European legal principles like the separation of church and state. It is therefore worth knowing how popular Islamism is in Europe, and what risks it may pose.

Early Islamism in France: the Muslim Brotherhood
Islamism arrived in France in the 1980s and 90s, mainly in the form of the Muslim Brotherhood and Salafism.[2] The Brotherhood most clearly fits the label of ‘political Islam,’ because it seeks to change society by engaging with the prevailing political structures and values of the country, in order to eventually establish an Islamic government based on Islamic law (Shari’ah).[3] However, the Brotherhood tends to be rather secretive about its motives in the West, so its claimed goal is instead to “re-Islamise” Muslims, and teach them how to behave in countries where they are a religious minority.[4] The main institutional representative of the Muslim Brotherhood in France is the Union of Islamic Organisations in France (UOIF), which was founded in 1983. One of the UOIF daughter companies, IESH, has trained over 300 UOIF imams between 1990 and 2004.[5] In 2003 the UOIF became one of the three organisations constituting the first official authority representing Islam in France, the French Council of the Muslim Faith (CFCM).[6] This shows how firmly the Brotherhood was established in French society.

Early Islamism in France: Salafism
The second main Islamist ideology in France, Salafism, tends to maintain an attitude of separatism to all of Western society, including its political values and institutions. In fact, Salafism maintains that the only law to respect is the law of God, as described in the Koran and the Hadith (sayings of Muhammad), and therefore usually regards democracy as an anti-Islamic concept.[7] Based on the strictest Salafi interpretation of the Koran, Muslims are not allowed to compromise on their Islamic duties, and should therefore isolate themselves from Western society if its norms and values are in conflict with their Islamic way of life.[8] Evidence has also emerged that peaceful Salafism can serve as a stepping stone to violent, jihadist Salafism.[9] It is worth mentioning that since 2004, many UOIF supporters have shifted their allegiance to Salafism.[10]

Islamism in the ‘banlieues’ (suburban ghettos)[11]
According to several leading Islamic scholars, Islamism has been especially taking root in the ‘banlieues’: problematic neighbourhoods where social and economic problems are rampant.[12] One of the scholars, Dr. Bernard Rougier, had his students perform four years of undercover fieldwork in these communities, where they discovered that Salafi agitators are trying to create parallel societies based on their radical ideology. Dr. Gilles Kepel claims this ideology can lead “directly to jihad against the unbelievers.”[13] The Journal du Dimanche reported on January 18, 2020, that French security services have already identified 150 regions that are largely under the influence of radical Islamism.[14]

Salafi community leaders
The first way Salafi preachers tend to exert control over their communities is by forbidding certain things because they are impure (‘haram’), such as shaking hands with women, having Christian or Jewish friends, or not wearing a veil.[15] Muslim children are often taken out of secular, public schools, in order to be taught in Islamic institutions. Once Islamist leaders have enough influence in their communities, they can act as spokesmen and make requests to the French authorities, such as for the construction of a new mosque.[16] Dr. Rougier therefore argues that “the balance of power with the state institutions is shifting more and more, and that is their goal.”[17] Dr. Kepel adds that the French Members of Parliament are afraid of being seen as hostile to Islam, which causes them to make many concessions to Islamist community leaders, sometimes even in exchange for votes.[18]

Are these observations Islamophobic?
While these observations could be dismissed as being ‘Islamophobic,’ Dr. Kepel argues that “Islamophobia is a term that was invented by the militant Islamists to prevent any criticism of their interpretation of Islam and to unite the majority of Muslims behind them.”[19] Now, whatever its origins are, the concept of ‘Islamophobia’ is problematic because it fails to distinguish between discrimination against Muslims as people, prejudice against Islam(ism), and informed criticism of Islam(ism) as a set of ideas and practices. For a more detailed exploration of the origins of the term ‘Islamophobia,’ and the conceptual problems associated with it, see this[1]  article.[20] Dr. Kepel himself has always been careful to distinguish mainstream Islam from hardcore Islamism, and is a man of the left with no sympathies for far-right xenophobia.[21] It therefore pains him to see an emerging left-wing Islamic movement at universities, which criticises or cancels anyone critical of Islamism, even though Islamism often goes against classically ‘left-wing’ values like gender equality and the separation of church and state.[22] This contributes to the fact that Islamism and right-wing extremism mutually reinforce each other, because “Islamists need the extreme right to claim that French society is racist. And the extreme right needs the Islamists to exaggerate the dangers posed by Islam.”[23] The fact that radical movements like these need each other to survive shows us the danger of polarisation and tribalism.

Authoritarian attitudes among French Muslims
In conclusion, Islamism has a significant influence at both a grass-roots and institutional level in France, and has been especially taking root in the banlieues. This observation has been further confirmed by empirical research. A large 2017 study by the Montaigne Institute showed that 28 percent of French Muslims “have adopted a system of values clearly opposed to those of the French State,” such as holding authoritarian or “secessionist” (wanting to withdraw from the political state) attitudes, or support for polygamy or the niqab (full-face veil). Most members of this group are young, poorly educated individuals who reside in the banlieues of large cities. Rather than Muslim conservatives, this group identifies with Islam as a way of rebelling against the French society that they feel alienated from.[24] Now, if we are to believe the Change Institute for the European Commission, a solution to these problems would require the mobilisation of a moderate Muslim social movement from the bottom up, rather than the imposition of a counter-ideology developed by the French state.[25] 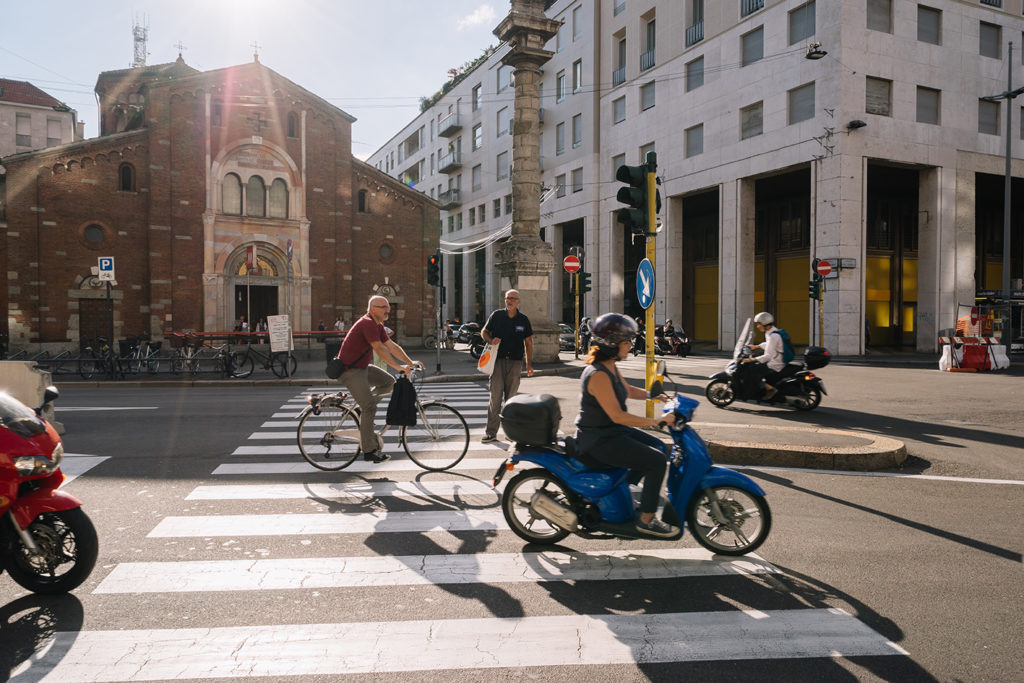