Since its creation in 1979, the Islamic Republic of Iran has been a country ruled by a deeply authoritarian, conservative religious regime. The state has long exercised control over its people – their thoughts, their actions, their beliefs. In particular, women’s bodies have been at the “forefront of a political agenda”[1] that asserts a strict interpretation of Shia Islamic law on all aspects of society. Women are required to wear a hijab at all times in public, a rule coercively enforced by the morality police.[2]

On the 16th September 2022, Mahsa Amini, a 22-year-old Iranian woman, died in Tehran after being detained and allegedly beaten by Iran’s morality police for wearing an “improper” hijab.[3] Following news of Mahsa’s death, unexpected large-scale protests erupted around the country, with many students and schoolgirls removing and burning their headscarves.[4]

On the 16th September 2022, Mahsa Amini was visiting Tehran to go shopping with relatives. She was detained by the morality police for supposedly wearing her hijab too loosely.[6] Police officers forced Mahsa into a van where she was tortured and insulted.[7] Upon arrival at the police station, Mahsa collapsed from concussion following a blow to the head, falling into a coma before dying.

The first signs of protest came when women attending Amini’s funeral in her hometown bravely removed their headscarves and chanted “death to the dictator,” despite the risk to their own safety.[8] Other larger-scaled protests soon followed, spreading across the country. Women have been “leading the charge” in these protests, burning their headscarves and cutting their hair off as a symbol of defiance.[9] In response, morality police have brutally cracked down on protests, opening fire on demonstrators and detaining thousands.[10] Between the 16th September (when protests began) and the 22nd November, over 300 people have been killed, including more than 40 children.[11]

It is clear that while the protests were sparked by anger over the killing of an innocent woman and enforcement of the hijab, they represent a “much wider movement that now poses the greatest threat the theocratic regime has faced since the 1979 revolution.”[12] Kasra Aarabi, the Iran programme lead at the Tony Blair Institute, explains how “Iranian women have been on the frontlines of protests before … but this isn’t about reform, it’s about outright regime change. Because the compulsory hijab is not just a piece of cloth. It’s one of the key pillars of the ideology of this regime.”[13]

Protests in solidarity with the growing uprising and mistreatment of Iranian demonstrators have spread around the world. Demonstrations, many led by women, under the slogan “Women, life, liberty” took place in many major cities, including London, Melbourne, New York, Paris, Rome, Seoul, Stockholm, Sydney, and Zurich.[14] Moreover, several Iranian and Kurdish women living in the UK have spoken out and stated that the “prospect of freedom for millions of women in Iran has never been greater.”[15] Chiman Rahimi, an Iranian news presenter, said that “Mahsa’s death has been a catalyst for people to demand radical change.”[16]

These protests have not only given rise to social responses of solidarity but also have political implications. For a long time, European nations have had frosty relations with Iran. The EU is Iran’s 2nd biggest trade partner, representing 12.3% of the country’s total trade in goods with the world in 2020.[17] Yet, European sanctions exist in regards to Iran’s nuclear status as well as serious concerns over Iranian human rights abuse.

The recent protests in Iran have only further deepened already existing tensions between Iran and Europe. The European Union and the UK have imposed additional sanctions on Iran in response to Tehran’s widespread use of force against peaceful protesters. EU foreign policy chief Josep Borell stated that “we stand with the Iranian people and support their right to protest peacefully and voice their demands and views freely.”[18] Sanctions include travel bans and asset freezes. German Foreign Minister Annalena Baerbock said that these sanctions are meant “to send a clear message to those who think they can suppress, intimidate and kill their own people without consequences.”[19]

Interestingly, despite the strong condemnation from members of the public in Europe and European leaders, there have been practically no comments of solidarity from European religious leaders. When asked about the protests in Iran, Pope Francis did not directly comment on the issue but said that the women are being treated as second-class citizens in many cultures around the world.[20] However, within the UK especially, no statements have been made by the archbishop of Canterbury, the Chief Rabbi, or the Muslim Council of Britain.

In regards to other social issues, such as the Russian invasion of Ukraine[21] [22] or the migrant crisis,[23] these religious representatives have been outspoken in condemnation. So why do they remain silent on the Iranian protests? Perhaps the UK’s precarious relations with Iran is a deterrent to speaking out, yet the fractured relations between the UK and Russia have not created the same obstacle. Or maybe European religious leaders stay silent so as not to ruffle feathers and upset relations with Shia representatives in their own nations. Whatever the reason, it appears as if, by and large, religious leaders are avoiding publicly speaking out in defence of Iranians as a whole, and specifically Iranian women.

In conclusion, Mahsa Amini’s death sent shockwaves throughout Iran and the rest of the world. Europeans have protested in solidarity with Iranians, especially Iranian women fighting for their right to freedom of expression. While European political leaders have further sanctions against Iran and condemned the Islamic Republic’s horrific treatment of Iranian protesters, European religious leaders have remained silent. As the next article will examine, perhaps the lack of public support from European religious leaders on this issue of religious women’s rights highlights further questions about their wider position on religious women and their right to freedom of expression.

[3] “I’m the same as Mahsa. And I want my freedom”: anger at Iran’s regime spills onto the streets | The Economist

[5] “I’m the same as Mahsa. And I want my freedom”: anger at Iran’s regime spills onto the streets | The Economist

[6] Mahsa Amini was ‘tortured and insulted’ before death in police custody in Iran, her cousin says | World News

[7] Mahsa Amini was ‘tortured and insulted’ before death in police custody in Iran, her cousin says | World News

[9] “I’m the same as Mahsa. And I want my freedom”: anger at Iran’s regime spills onto the streets | The Economist

[22] Prayer for the People of Ukraine, by Rabbi Ephraim Mirvis (Office of the Chief Rabbi of the UK & the Commonwealth, 2022) 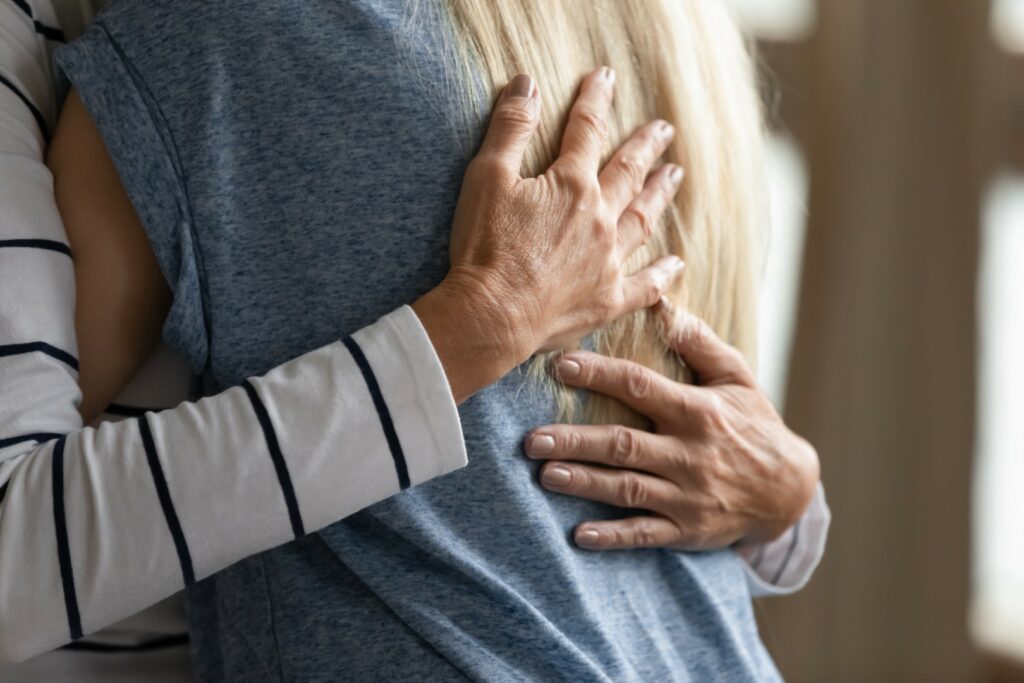 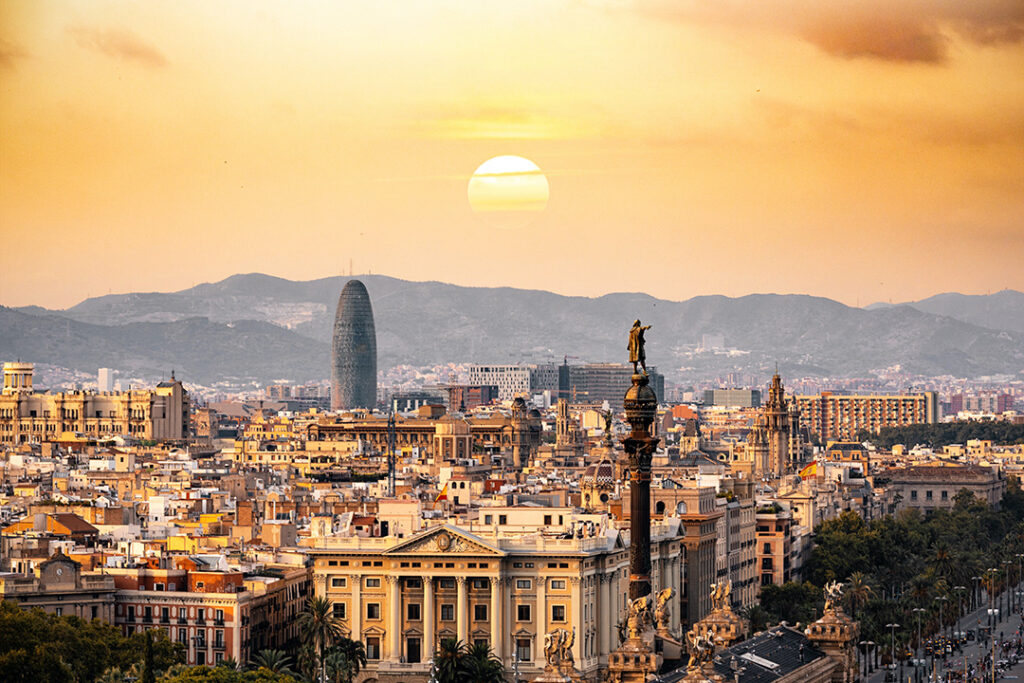