The Lord of the Rings was intentionally filled with Christian symbolism by J.R.R. Tolkien. Let’s unpack its meaning.

J.R.R. Tolkien, the author of The Lord of the Rings, called his book “a fundamentally religious and Catholic work.”[1] He was a devout Catholic himself, and he regarded the Gospel as the ultimate story. This is because it contains the greatest possible ‘eucatastrophe’ (good catastrophe), namely the unjust death and resurrection of Jesus.[2] Since Tolkien strongly disliked one-to-one correspondences, he decided to weave Christian themes into his book without making them too obvious. However, knowing where to find them makes the story come alive in a totally new way.

First of all, we can see that Tolkien has modelled his story on the basic plot of the Bible.[3] The Lord of the Rings starts with an unspoiled paradise (the Shire / Garden of Eden), which is rudely disturbed by evil (Sauron / Satanic snake). Then there is a moral quest, which brings about moral and spiritual maturation. Finally, there is an apocalyptic ending (‘Dagor Dagorath’ / Armageddon), which then culminates in the redemption of the world (the Kingdom of Heaven).

Middle-earth has a God

We can also see that Tolkien’s world was created by a single God called Eru Ilúvatar. Eru accomplished his work through the help of intermediaries called Valar, which are similar to the Christian concept of angels. All living things are in a hierarchical relationship with Eru but he does not rule over them like a tyrant, controlling everything. Instead, he leaves room for free will, including the will to do evil.[4] However, the evil creatures of Middle-earth do not have an evil nature but merely suffer from an absence of goodness. This is the Christian view of evil that was famously expressed by St. Augustine in the 4th century.[5] [6]

Satan and his minions

The ‘Satan’ of Middle-earth is Melkor (‘He who arises in Might’), the most powerful of the Valar (angels). Like Lucifer in the Bible, he refused to participate in the community of creation because he wanted to create and rule on his own. In Christian morality, this pride of total independence is the worst sin of all.[7] Melkor could therefore only produce fake imitations of Eru’s creations, such as the orcs, which were a mockery of the elves.[8] Saruman likewise tried to play God by breeding his horrible Uruk-hai.

Sauron was one of the higher Maiar (helpers of the Valar) who joined Melkor’s revolt against creation. He forged the One Ring to tempt beings with its triple powers of immortality, invisibility, and coercion (control over the will of others). His name, which is based on the Greek word for ‘lizard’ (sauros), reminds us of the snake in the Garden of Eden, and his cold-blooded lack of empathy.[9] His single eye symbolises how his single-minded obsession with power has made him blind to any depth of perspective.[10]

Science and technology as disguised magic

For Tolkien, this selfish obsession with knowledge and power, which sees nature and living beings as mere instruments, is the essence of evil. Therefore, it makes sense that he strongly disliked modern developments that were driven by a similar mentality. He likened magic, especially black magic, to modern science and technology, because they both seek to dominate and control the processes of nature.[11] Descartes famously said that the goal of modern science was to make us “masters and possessors of nature.”[12] Once Saruman became obsessed with power, Treebeard started referring to him as having “a mind of metal and wheels…”[13] The other aim of black magic, including the Ring, is to control the will. This reminds us of the greatest evil of modern times: the coercive totalitarian regimes of the 20th century.[14]

The corrupting influence of power and evil

Since evil is the absence of goodness, it can only exist by preying on the virtues of good people, and trying to pervert them through pride and selfishness. In The Lord of the Rings, the most heroic and ambitious members of the Fellowship are therefore most susceptible to the corrupting influence of the Ring.[15] Boromir, for example, wanted to use the Ring to defeat the enemy but was consumed by its power. Likewise, Gandalf refused to carry the Ring because it might corrupt his desire to do good. Tolkien warns us that unlimited power (symbolised by the Ring) enslaves the will because it removes all constraints from our desires.[16] We need these constraints of human nature to keep us sane and attuned to the needs of others. For Tolkien, evil actions are therefore always unfree actions.[17] It is precisely the weakness and innocence of the hobbits that makes them virtually immune to such evil. All they wanted to do was act as servants to the good rather than as lords and leaders.

The Christian virtue of humility

It is this emphasis on the virtue of the weak, the small, and the humble, that arguably defines Christian morality. As Jesus said: “Blessed are the meek, for they will inherit the earth.”[18] Tolkien himself said that the moral structure of his work was primarily about “the ennoblement (or sanctification) of the humble.”[19] Arguably, what defined Jesus was his selfless devotion to the common good, which is also what characterises the hobbits. It is why they can be entrusted with destroying the Ring. The Shire was actually Tolkien’s vision of life as it is supposed to be lived; free of excessive ambition and in harmony with nature and one’s community.[20]

The virtues of faith, hope, and love

Tolkien also pays special attention to the Christian virtues of faith, hope, and love.[21] The Fellowship is a demonstration of faith as deep trust and friendship. They are in fact the embodiment of the highest form of friendship, namely a community of virtue that is bound by its shared aspirations to do good.[22]

But it is Tolkien’s unfailing emphasis on love that makes his Christian message clearly shine through. For example, the way in which Frodo shows pity and forgiveness to Smeagol would be incomprehensible to warrior cultures like Sparta or Mongolia.[23] For them, mercy was a flaw, and vengeance a necessity. Frodo loves Smeagol as Jesus loves the sinner, which allows Smeagol to re-discover his original goodness (his former hobbit self).[24] We also see that the hope of the Fellowship is unbreakable despite all the setbacks and tragedies they face.

The final redemption and incarnation

While Tolkien does not describe the final redemption in The Lord of the Rings, he has written about it in his later book ‘The Debate of Finrod and Andreth’. There, he says that it was Melkor who brought the curse of death into the world, and that only a human could cure this death curse. This future human would be the incarnation of Eru Ilúvatar, who has come to redeem Middle-earth.[25] It seems that Tolkien finally succeeded in finishing his story in a biblical way.

[1] Ralph C. Wood, The Gospel According to Tolkien: Visions of the Kingdom in Middle-Earth (Westminster John Knox Press: 2003), p. 9.

[6] EARS: Why the problem of evil is still a problem.

[11] Ibid, p. 28-31. As Tolkien said, magic and technology seek the “reduction also to a minimum (or vanishing point) of the gap between the idea or desire and the result or effect.”

[12] About – Mastery of Nature: Promises and Problems.

The role of Catholicism in the 2020 election
tags CatholicismChristianityearthfilmreligion
share    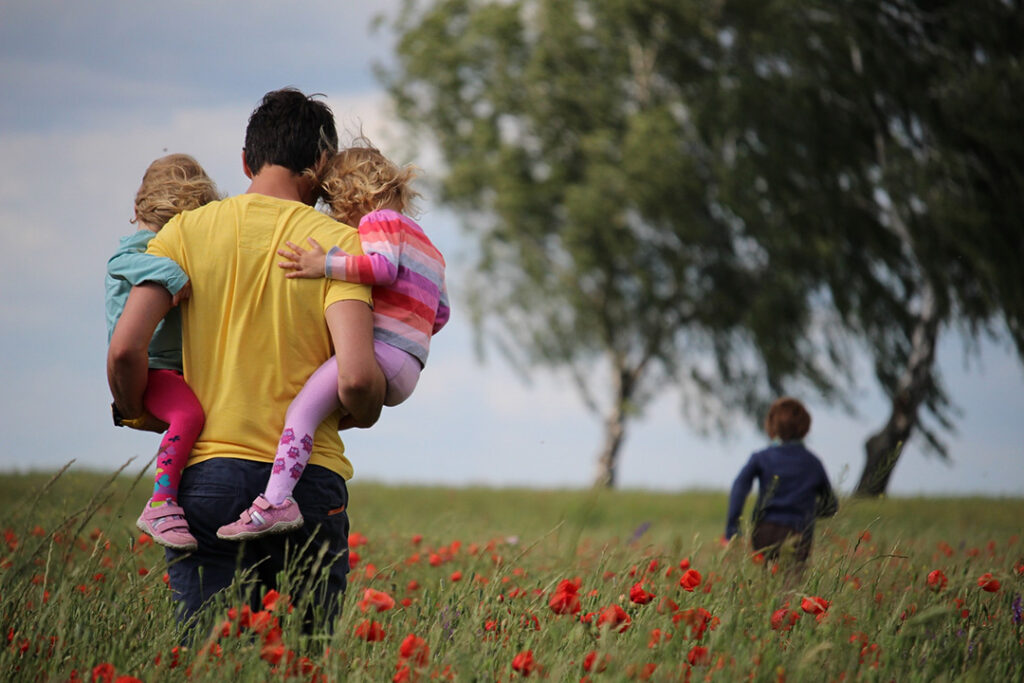 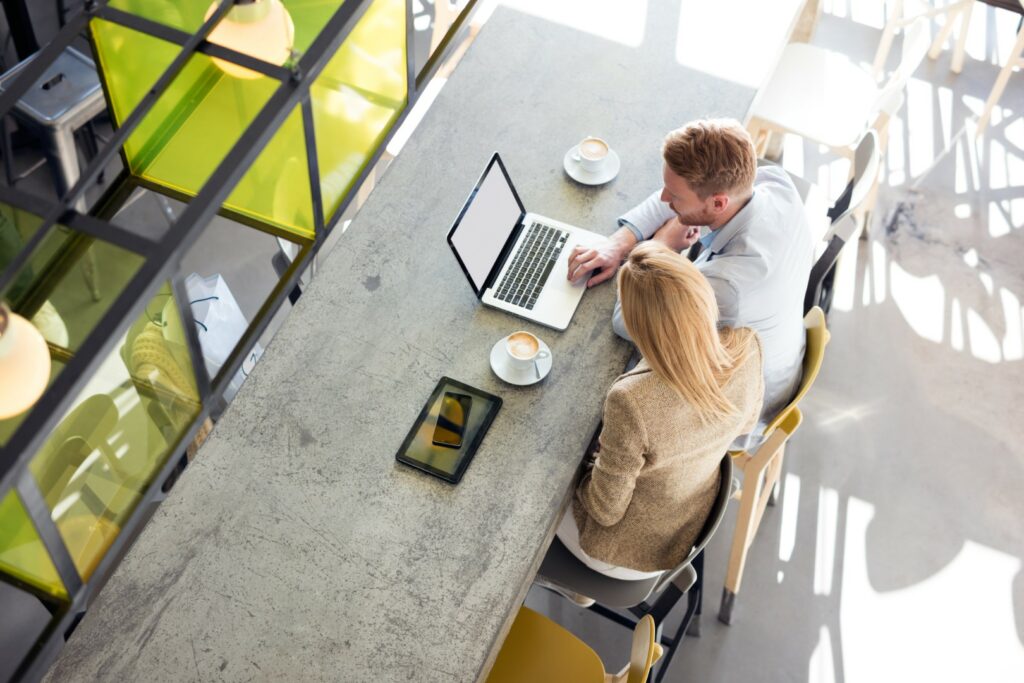