The Hill We Climb:
A prayer for unity sowing division?

The translation of Amanda Gorman’s inaugural poem sparked an international debate around the question whether a translator’s identity matters for the quality of a translation. But what issues are really at play in this discussion? And what happens when we do approach such issues through the lens of identity politics?

On January 20, 2021, the world watched a self-described “skinny Black girl descended from slaves” ascend US President Joe Biden’s inaugural platform to proclaim a message of “unity, collaboration and togetherness.”[1] Amanda Gorman, according to commentators, “stirred hope and awe,” inspiring “the poetry of democracy” with her spoken-word poem ‘The Hill We Climb’.[2] However, the translation of a poem that calls for “unity and togetherness” seems to have laid bare the very divide that it set out to bridge.[3]

Dream translator?
Throughout Europe, publishing houses competed to translate Gorman’s message, which “everybody should be able to read.”[4] In the Netherlands, publishing house Meulenhoff won the translation rights, announcing a special edition of ‘The Hill We Climb’, introduced by Oprah Winfrey.[5] Meulenhoff claimed to have found the “dream translator” in the International Booker Prize winner Marieke Lucas Rijneveld.[6] [7] Although Amanda Gorman herself had approved Rijneveld, being also a successful author who had come to fame at a young age, the choice for a white, non-binary writer sparked an international discussion.[8] [9] Dutch journalist and activist Janice Deul called Meulenhoff’s choice “incomprehensible.”[10] “To say the least,” she stated, the publishing house “missed an opportunity” by not considering one of the black female spoken word artists struggling for acknowledgement in the Netherlands.[11] [12] Would an “unapologetically Black” translator not have empowered Gorman’s message, which is shaped by her experiences and identity as a black woman – a “skinny Black girl descended from slaves”?[13]

The question of entitlement in the Dutch translation of ‘The Hill We Climb’ subsequently kindled an international debate. Should a translator be “an invisible chameleon,” as Russian-Dutch translator Arthur Langeveld commented?[14] Or, rather, does every translator “bring their own experience to a text,” as Italian-to-English translator Aaron Robertson believes?[15] The controversy resulted in a reconsideration of Gorman’s appointed translators. Some were dismissed because they did not suit the right profile, sometimes even after having finished their translation. Victor Obiols, Gorman’s 60-year-old Catalan translator, was asked to step down in favour of a “young activist, preferably a black person.”[16] Obiols objected that if a translator’s identity must compare to the author’s, he could also not translate Homer or Shakespeare, not being respectively an Ancient Greek poet, or a 16th-century Englishman.[17] Correspondingly, the American Literary Translators Association (ALTA) stated that “if translators felt authorised to translate only those with whom they share an identity, it would be damaging to literary translation as a practice and as a profession.”[18]

False framing
The controversy about the translator’s identity raises thought-provoking questions about literary translation that previously might have been overlooked. However, as ALTA states, these questions are a “false framing of the issues at play.”[19] In this heated debate, the translator seems to function as a lightning rod. The focus on identity deflects attention from the actual flashpoint of the discussion: the gross underrepresentation of black people in literary translation – a result of underlying patterns of discrimination.[20] According to a recent survey, only 2% of the American translators that participated are black.[21] [22] The issue that sparked Janice Deul’s reaction was not necessarily that a black person was not asked to translate Gorman’s poem, but that Rijneveld is trusted to “convey this culturally significant work in another language – trust which is not generally afforded to people of colour.”[23] Only after acknowledging this underlying problem, the translator’s profile and the question of entitlement can be considered.

For this debate does open up the floor for an investigation of the translator’s identity. We could, for example, consider whether Gorman’s work might be translated by an “unapologetically Black,” but categorically non-religious woman. Should the translator’s religious identity be deliberated? Judging from testimonies of her fellow parishioners and priest, Father Kenneth Keke, Gorman’s Catholic background could be regarded as an equal source of inspiration as her African-American heritage.[24] [25] [26] According to Father Keke, ‘The Hill We Climb’ reflects the redemption and deliverance that is preached at his parish of St. Brigid’s in Los Angeles.[27] [28] The call for social justice, which is at the heart of Gorman’s poem, is deeply rooted in her faith: her animated recital was marbled with biblical references, giving the poem the effect of “a rousing sermon.”[29] It was this “incantatory power,” the sermon-like structure of her recital that strengthened believers from different religions, but also managed to inspire confirmed atheists in a prayer of unification.[30] [31] [32]

Identity as qualification?
This consideration shows that the references to Gorman’s African-American heritage are not the only identity markers in her poem. Highlighting this aspect of her identity as the defining characteristic of her work is problematic in its own right. This kind of thinking is in itself “not free of racist characteristics,” as it reduces both Gorman and her translator to their membership of a certain group and “makes skin colour a defining characteristic of what they can and may do.”[33] Nuria Barrios, one of Gorman’s approved translators, states that the quality of the translation in this debate was “the least-important thing: what mattered was the identity of the translator: the colour of their skin, their age, their militancy.”[34] French-Congolese writer Alain Mabanckou responded that exclusion cannot be fought by “reinventing new ways of marginalising people;” the vetting of a translator’s identity is also a form of “discrimination” and “racism.”[35]

Although this controversy revolves around a paramount issue that must be addressed – the systematic marginalisation of Black people – a lingering issue concerns the subtle connotations and meanings that might be ‘lost in translation’ when a work is approached through the lens of identity politics. Whether this lens is ethnic, gendered, religious, or otherwise; such an approach may not necessarily result in an inclusive product.

We might ask whether a ‘dream translator’ exists – someone who ‘ticks all the boxes’, as Meulenhoff suggests.[36] Perhaps not. Meanwhile, Rijneveld responded to the commotion over their resignation as Gorman’s translator in the poem ‘Everything Inhabitable’, and Meulenhoff has followed Deul’s advice to “be the light, not the hill,” announcing a collaboration with the young publishing house Wilde Haren.[37] [38] [39] Let us hope that such an approach will finally make the hills we climb inhabitable to all.

[12] Why a white poet did not translate Amanda Gorman

[16] Gorman’s Catalan translator doesn’t have the right profile either: ‘Then I can’t translate Homeros either’

[20] Translation is the canary in the coalmine

[23] Translation is the canary in the coalmine

[26] Poet Amanda Gorman is a light to us all, parishioner says

[27] One thought on “Inspired by Her Faith, Amanda Gorman Urges People to ‘Be the Light’”

[28] At Amanda Gorman’s church, ‘everybody is a freedom fighter’

[31] Amanda Gorman’s poem was right for the inauguration

[33] Gorman translation: identity as a skill?

[34] The challenge of translating Amanda Gorman if you are white

[39] Everything inhabitable: a poem by Marieke Lucas Rijneveld, translated by Michelle Hutchison. 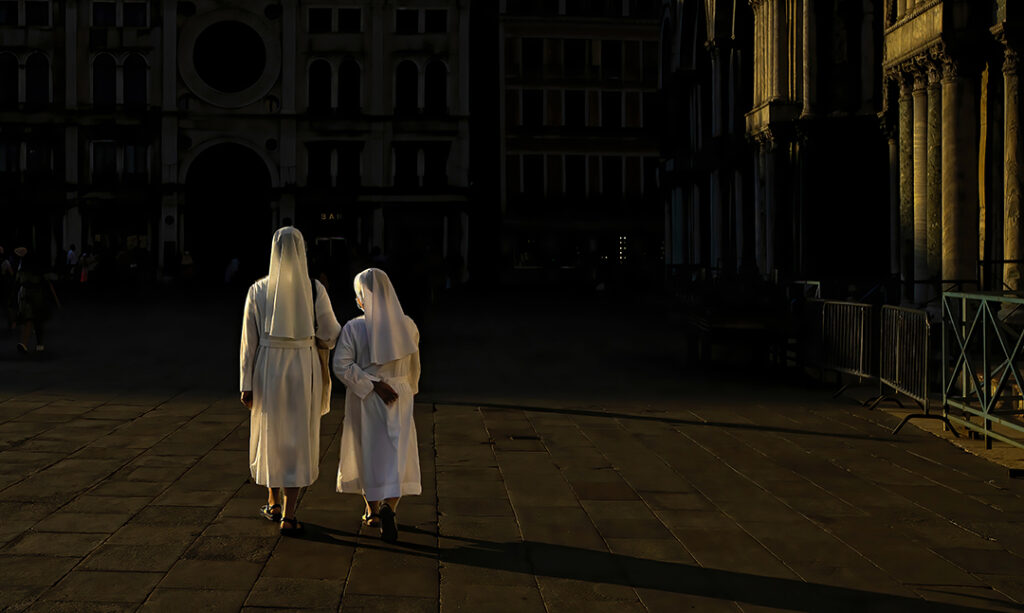 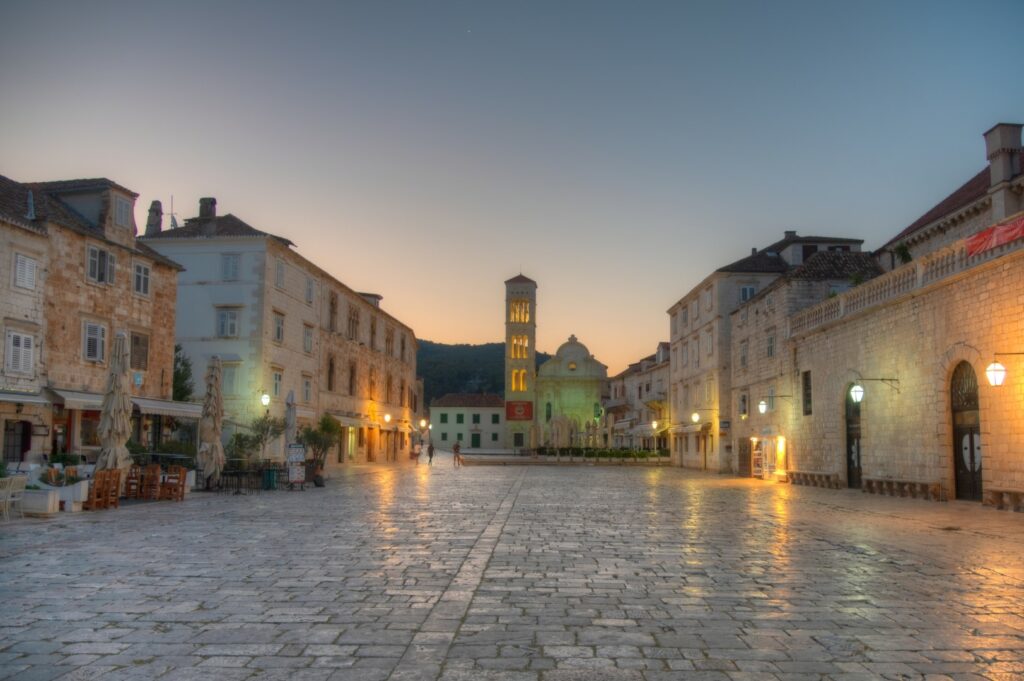