Tolerance and reluctance: Afghanistan and the Catholic Church

Whilst for Pope Francis, the Afghan refugee crisis is further evidence of the need to be tolerant towards migrants, bishops from across the continent have often been more reluctant to call for such an open-arms approach as the pontiff.

The ongoing humanitarian crisis in Afghanistan, greatly accelerated by the Taliban takeover, has led to a variety of responses from Christian leaders across Europe. Whilst calls for empathy for the Afghan people are widespread, a unified message of how to respond to a potential refugee crisis has yet to materialise.

The message from the top

Since ascending to the position of pope in 2013, Francis has consistently pushed for Catholics to follow a message of tolerance and welcome with regards to refugees.[1] Therefore, it is unsurprising to see that the pontiff has been clear in his calls for countries to open their arms to refugees, stating that he prays “many countries welcome and protect those seeking a new life.” Interestingly, Francis’s comments in his St Peter’s Square on September 5th 2021 did not make reference to the Taliban’s takeover directly, but instead focused on the call for nations to allow Afghan refugees to “live with dignity, in peace, in brotherhood with their neighbours.”[2]

Senior bishops from across Europe have also been clear in their demand that Europe facilitates the arrival of refugees fleeing Afghanistan. This response was most clearly evidenced by the comments of the head of the Commission of the Bishops’ Conferences of the European Union (COMECE), the Archbishop of Luxembourg, Cardinal Hollerich. He said that countries must “do everything possible to save as many people as possible and also to welcome them inside EU member countries.”[3]

Hollerich’s comments are consistent with the COMECE’s previous positions regarding migration. The group has regularly called for European countries to be tolerant to refugees, for example supporting sea rescue missions in the Mediterranean or making pacts on Migration and Asylum.[4] [5]

In both the case of Pope Francis and the senior bishops in COMECE, the dramatic situation that has rapidly unfolded in Afghanistan is a reaffirmation of their message that refugees come to Europe not to take advantage of the continent, but instead because they are forced to flee oppression in their own nations.

In contrast to Francis’s and COMECE’s explicit calls for Europe to open its arms to refugees, many churches in European nations have been more reserved in their responses.

In France, a statement by the Conference of Bishops of France was restricted to calling for the country to “welcome onto national soil” those that had helped French forces during the war.[6]

These comments come in the context of the upcoming 2022 French election in which immigration and multiculturalism are key issues. This political consideration informed Macron’s much-criticised response to the unfolding humanitarian crisis in which he said France needed to “anticipate and protect itself from a wave of migrants.”[7]

The degree to which this wider political atmosphere informed the response of the French bishops is hard to say, but it illustrates the importance of internal considerations for the bishops’ conference of each nation.

Another step in the culture war – Spain

Meanwhile, in Spain, the initial response from the spokesperson of the Spanish Episcopal Conference, Luis Arguello, focused less on the humanitarian crisis and more on ongoing political debates in Spain. On 18 August 2021, just three days following the fall of Kabul, Arguello wrote on Twitter that the situation in Afghanistan was evidence of the “inconsistency of the relativist notion of ‘cultures’.” Expanding on the point, he said that not all “deserve the same ‘multicultural’ respect” and that ideologies and actions must be judged by their service to each individual’s “life, conscience, freedom and equality.”[8]

This comment was the only one made by Arguello regarding Afghanistan in the immediate aftermath of the Taliban takeover. It shows that the crisis has been seen by some leading clergy members as an opportunity to make political points rather than solely humanitarian appeals.

Finally, turning to the United Kingdom, the country’s leading Anglican religious figure, the Archbishop of Canterbury, also restricted his focus to those who had helped British troops during the war. When commenting on refugees during his speech in the House of Lords, he focused on the need to offer support to Pakistan to be able to take them in, rather than call for the UK to take large numbers.[9]

These comments come in the context of criticism that the UK has committed to settling just 20,000 Afghan refugees over a period of five years, despite their heavy involvement in the conflict.[10]

Linked to this is the fact that despite Afghanistan providing a clear example of why people become refugees in the first place, the UK government plans to impose even stricter legislation on those trying to escape to the country.

In particular, this includes plans to introduce a new bill that will implement legal penalties for people who are found to have helped migrants who get into trouble whilst trying to cross the English Channel by boat. This proposed legislation led 12 Church of England bishops to join together in signing an open letter in which they criticised the government for the “criminalisation of the Good Samaritan.” Paul Butler, the bishop of Durham, pointed to how the situation in Afghanistan had led people to understand the horror that causes people to flee their homelands, and said that if we knew more about the stories of those seeking to reach Britain, then “levels of sympathy and compassion would increase.”[11]

A patchwork of interests

To conclude, this overview of the differences in the responses of Christian clergy across Europe opens up a number of key questions for consideration.

First of all, it would be interesting to see further analysis of to what extent the comments of clergy across Europe are influenced by ongoing political debates within their country. Comparing different countries, rather than looking at them solely on their own, could help us to understand the nuances between the comments of clergy in each nation.

Secondly, it would also be interesting to consider whether ‘international’ clergy figures, like Pope Francis or the COMECE, are more free to speak up on progressive issues such as migration than those in individual nations. Whilst this may be the case, it should also be considered that perhaps Francis and the COMECE bishops in fact represent a more liberal part of the Catholic Church.

As the initial reaction to the withdrawal from Afghanistan by NATO subsides, it will be possible to analyse two key questions. On the one hand, will the stories and pictures emerging from Afghanistan change the opinion among Christians regarding migration? And on the other, will this lead to greater support for the liberal position Francis and senior clergy have held towards refugees since 2013?

[1] Compassion not confrontation: Migration and the Catholic Church

[6] The bishops of France invite to pray for Afghanistan

[7] Macron accused of pandering to far right over Afghan crisis 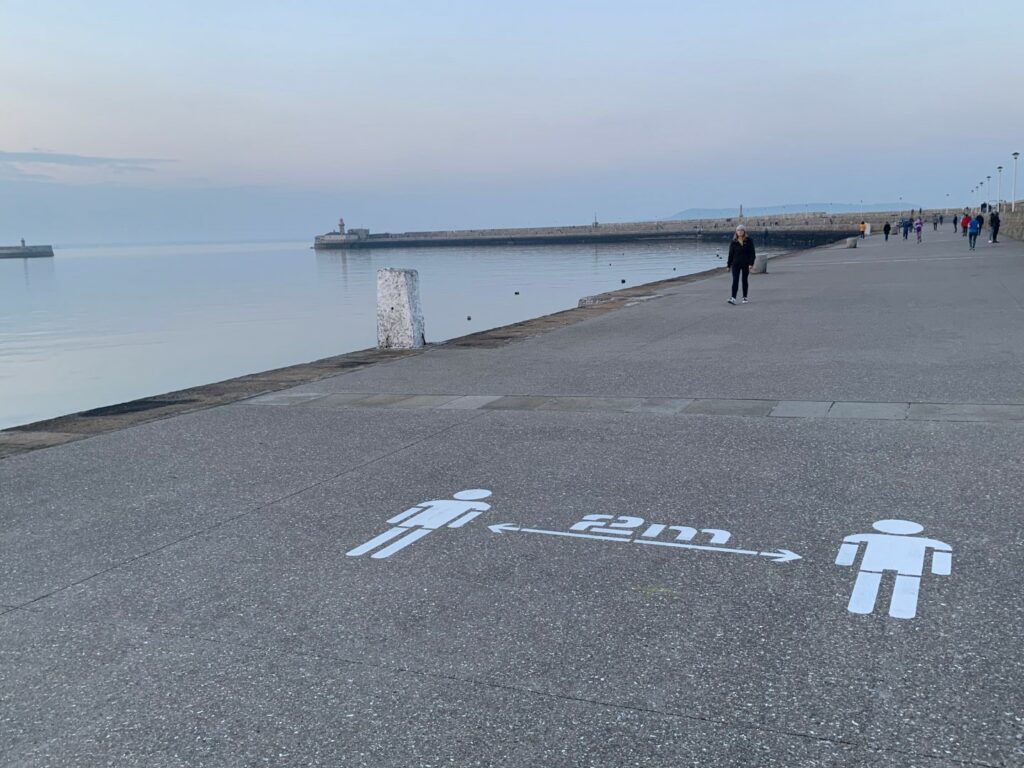 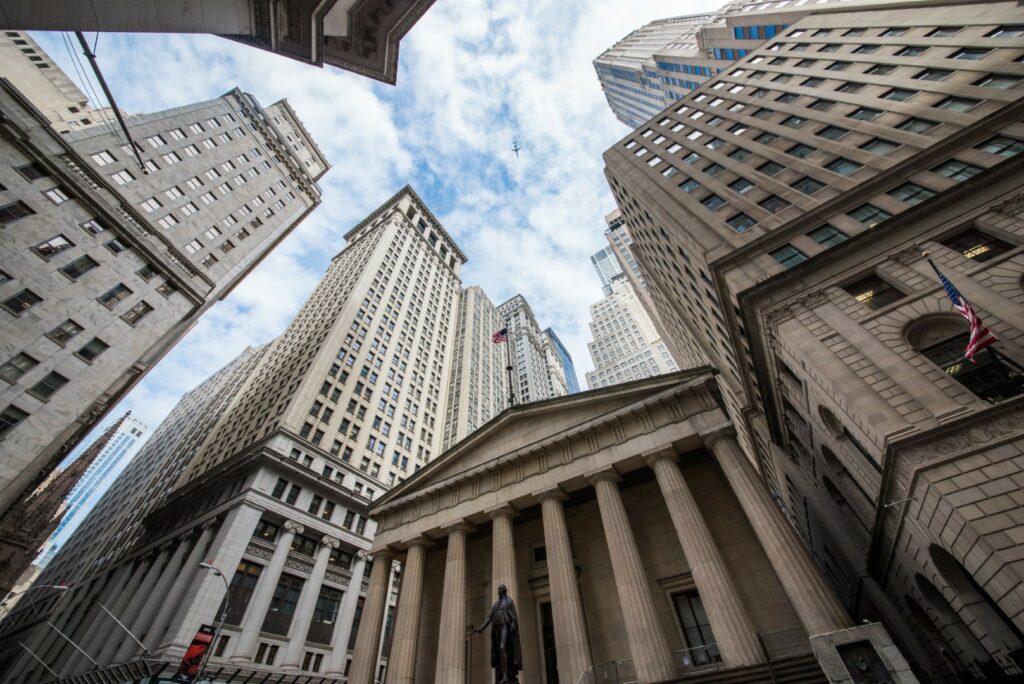