A snake checks into Paradise: How Paradise Hotel reflects general religiosity in Denmark

This guest article was written by Laura Kudsk, a student at the University of Copenhagen.

In 2003, the American broadcasting company FOX launched Paradise Hotel. The concept of Paradise Hotel is simple: in the first episode of each season, around ten young singles check into a beautiful hotel located in Mexico. The surroundings ooze with luxury, romance, and fun and every guest even has the chance of winning big money, if he or she manages to stay at the hotel to the very end. Even though Paradise Hotel did not accomplish major success in the US, the concept has spread to several European countries, and especially in the Scandinavian countries, the show has gotten extremely popular. Denmark was one of the first countries to adopt the concept of Paradise Hotel and in 2005, the first season of the Danish remake of the show premiered. The show, based on the original concept, ran for eighteen seasons.[1]

Offhand, Paradise Hotel might seem like a show that does not contain much else than partying, bitching, and tanning by the pool, but by taking a closer look at the show, it is my conviction that the show actually tells quite a lot about fundamental structures in the Scandinavian societies and their complex relation to religion.

Danish professor in media, Stig Hjarvard, argues that secular societies and media are still very much engaged with issues connected to religion. Hjarvard explores how mainstream media, like magazines, reality shows, and computer games, bring religion into the public cultural sphere, which is defined as banal religion. In this context, religious content is usually limited, and religious symbols and references are often used as a foundation of a storyline rather than expressing a religious message. Even though the mainstream media do not intend to preach religious content, they end up reproducing an idea of what religion is in general or what symbols connected to a specific religious institution or religious ritual mean. Mainstream media have therefore made religion a more visible part of the public cultural sphere, but still, religious symbols have only been used as an element of entertainment, which is why the symbols might differ from the original meaning.[2]

Even though Paradise Hotel is a secular show, it still contains many religious references and symbols, and religious stories and myths are often used as a part of the storyline of the show. Therefore, Paradise Hotel is a perfect example of what Hjarvard defines as banal religion. The title of the reality show, Paradise Hotel, is defiantly not a title that has been randomly picked out. The structure of the show is based on the myth of The Fall of Man, and it seems obvious that the creators of the show have tried to recreate Paradise on Earth as a scene for the show. It is not only the physical setting – a luxurious hotel surrounded by exotic nature – that is inspired by the idea of the Garden of Eden. The rules and structure of the game are also connected to the myth of the Fall. In Paradise Hotel, the most fundamental rule is that every guest needs a partner. If a guest does not have a partner and does not manage to find one during the week, he or she will most likely be sent out of the hotel during the weakly Get Out Ceremony. In Paradise Hotel, the couples need to be based on a male-female constellation and two guests of the same sex cannot be a couple. In other words: each couple must consist of one Adam and one Eve. Also, the host of the show can enter the hotel uninvited and as much as she wants. While at the hotel, the host communicates with the guests, gives out secret missions to chosen guests, explains new twists of the game, and controls all Get Out Ceremonies.

When looking at Paradise Hotel from a Fall of Man perspective, the agency of the host of the show is connected to the agency of God in the myth, in which he is also entering the Garden of Eden, communicating with Adam and Eve, setting up rules, and sending them out of Paradise at the end. Finally, the hotel is full of temptations: not just physical temptations in the shape of new singles checking into the hotel, but the creators of the show also constantly tempt the participants to betray their partners or friends to gain more personal power. The personal relations and loyalty between the participants are constantly tested and temptation is the most fundamental element of the show. Without temptation and betrayal, there would be no show – at least not a very interesting one – just as there would not be any Fall of Man without the snake.

And God said: let there be thongs and body tequila

The reference to the myth of the Fall of Man is especially central during the first week of the 14th season in the Danish remake of the show since it was inspired by Adam and Eve. To dedicated fans of the show, it was clear from the very beginning that something was different in this season. Usually, the guests enter the hotel from a staircase, but in this season, they had to walk through a wild garden decorated with palms, flowers, and (for some reason) birdcages. In the middle of the garden, a tree stood on a small hill with a red apple hanging from it. The different entrance was also noticed by one of the new guests, Nadia, who quickly understood the reference: “I think it looked like the Garden of Eden. Eden, Eden? Isn’t it called that, the thing with Adam and Eve?”

Nadia’s suspicion was confirmed by the female host who announced that this season, the guests had not only checked into Paradise Hotel – they had also checked into the Garden of Eden, and therefore, the boys and the girls, before meeting each other, had to get some new and more suitable outfits: thongs and bras with fig leaves sowed on. The intro was followed by a luxurious dinner and a party full of drinks, body tequila, and dancing. What the guests did not know was that in the garden, just outside the hotel, a snake was twisting in the grass. While the guests were partying carelessly, the host welcomed two new guests into the garden. Even though the two new guests, Fie and Lenny, who both had participated in the show in former seasons, also had to wear the fig leaves, they were not checking in as normal guests.

Host: “Fie and Lenny, there is no Paradise without a snake, and in this case; two. For it is you.”

Fie: “I’m kind of a snake back home, so I don’t mind checking in as a snake. I’m thinking that a snake is killing fast, so I like being a snake.”

Lenny: “The snake isn’t good. It tempts people to do the forbidden. I feel very weird about being a snake because I associate it with something false which is something I’m usually not good at being.”

Host: Tonight, you must integrate yourselves with the other guests, because when the sun rises, you have to tempt someone from the opposite sex, if you want to stay another night at the hotel.”

Fie: “I think it will be easy. The opposite sex, what’s going on? I just need to show some skin and I’m already doing that.”

In episode two, the two snakes entered the hotel and joined the party to the other guests’ surprise. Even though Fie and Lenny did not know their exact task, they both slowly started to act like snakes and started manipulating the other guests. Fie especially used her sexuality and the fact that she knew one of the other guests from back home, and Lenny used the popularity he gained during season 13, in which he participated. The morning after, Lenny and Fie wondered what happened in the story about Adam and Eve:

Fie: “What happened when Eve ate the apple? Didn’t she die? I don’t know the exact story of Adam and Eve, but I think God had some children called Adam and Eve. The one who ate the apple died.”

Lenny: “I fucking don’t remember, man. Was it Adam and Eve who ate the apple?”

As they were talking, they received a letter that explained their task. They each had to try to tempt one from the opposite sex to take a bite of the apple hanging on the tree now standing in front of the pool. The one who would take a bite of the apple, and the snake who did not manage to tempt another guest, would be in great danger. The snake who succeeded would be free to stay at the hotel. Unfortunately, a female guest, Julie, did not know the story of Adam and Eve, and therefore, she got tempted by Lenny and took a bite of the apple. The first week ended with a snake ceremony, where the other guests had to choose if they wanted to give snake venom to Julie or Fie, thereby choosing who should be sent out of the hotel. Luckily for Julie, the other guests chose to give the venom to Fie.

Paradise Hotel’s use of these basic religious symbols and stories from Christianity seems to be based on the easily recognisable pattern of Christianity to a western, and in this context a Danish, audience. By calling the show Paradise Hotel, most of the audience recognises the reference, which might make the show more relatable and easier to understand because it is used as a common cultural reference. Also, by referring to the narrative, and because of our cultural interpretation of it, the show makes it clear that both heroes and villains are participating in the show. The heroes are, of course, the ones who stay loyal to their partner and their friends, and who “play the game with the heart and not the mind,” as the participants frequently state. The villains, on the other hand, are the ones who get tempted and commit the seven deadly sins by sacrificing their allies to gain power, betraying their partner, lie, and so on. The basic ‘banal’ structure of Christianity and its core narrative is still strong in both the Danish and broader Scandinavian context, as underscored by the show. It therefore perfectly exemplifies Hjarvad and Phil Zuckerman’s observation about the role of religion in the public sphere in Scandinavia. Religion is somehow only present as structure, narratives, and frames, but without much religious meaning left.[3] 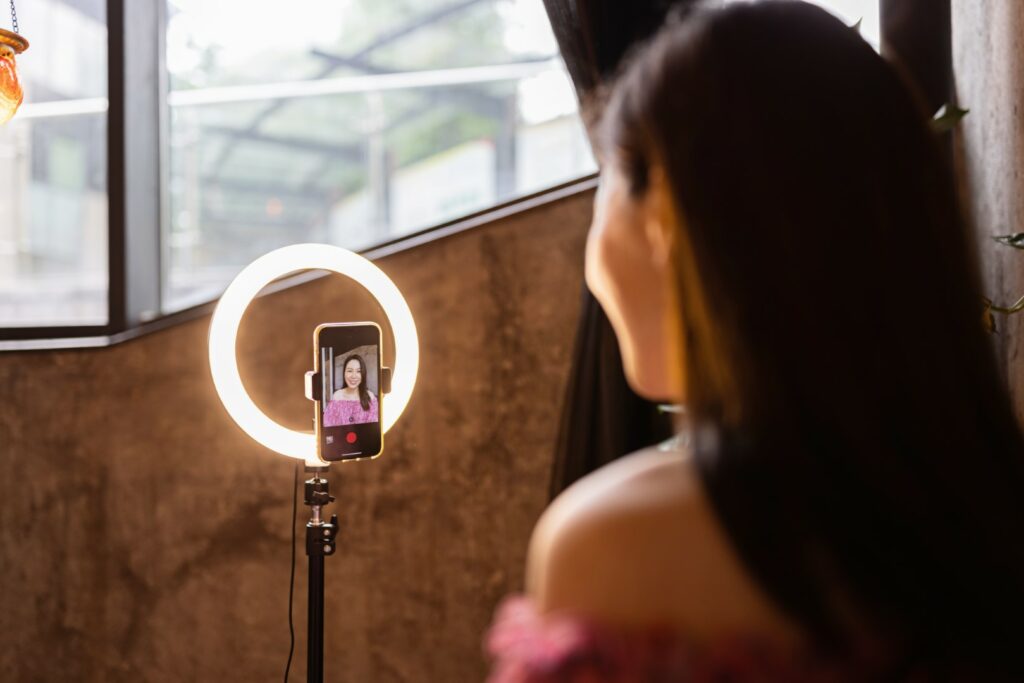 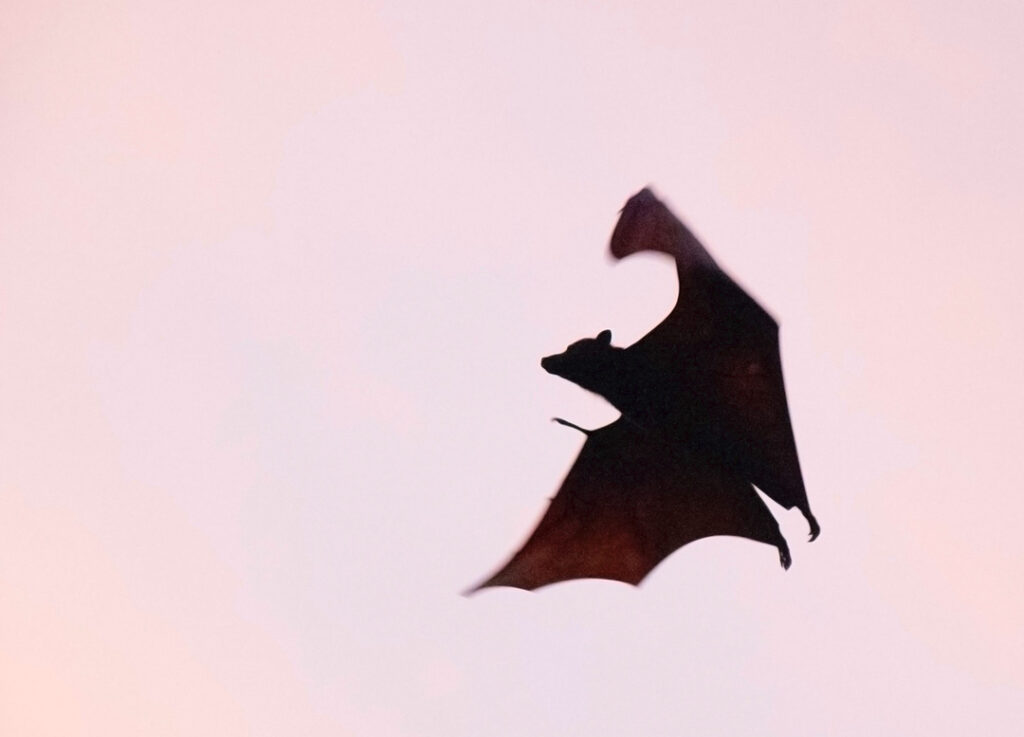