Is the Brexit movement a religion? Part 7: Conclusion

The wait is over. Our analyst Frazer MacDiarmid wraps up his series on whether the Brexit movement qualifies as a religion. The answer may surprise you…

This series was sparked by the observation of celebrity atheist Richard Dawkins that the Brexit movement had come to resemble a religion. Coming from him, this was not a compliment. Brexiteers had demonstrated ‘religious zeal’ and ‘madness’ in defence of their ‘creed’. Dawkins plainly states: “It has become a religion now.”[1]

He made those comments in 2019, long after the Brexit referendum of 2016, but before the UK had officially left the European Union (which did not occur until January 2020). Now, in late 2021, the dust of Brexit is only just beginning to settle. So was Dawkins’ assessment the ranting of a sore loser, or a moment of insight into the workings of the British psyche?

An overlooked connection – religion and Brexit

Earlier in 2021, a major study of the voting patterns of religious people did indeed find that faith played an ‘important and under-appreciated role’ in the Brexit referendum. Anglicans were disproportionately more likely to vote Leave, probably due to the nationalism implicit in their faith.[2]

However, Roman Catholics, Presbyterians, and those with the strongest religious beliefs were most likely to vote Remain. The researchers suggested that for those used to being part of a trans-national institution, such as British Catholics, the EU was quite a comfortable idea.[3]

At the very least, the research indicates a close connection between one’s religious faith and one’s stance towards Brexit. But can we go further? Did Brexit in fact become a religion, as Dawkins suggested?

A whirlwind recap of the series

Over the past six articles in this series, I have compared the Brexit movement against the five characteristics of a religion defined by sociologist Ronald L. Johnstone.

Nationalist and populist forms of politics are frequently shot through with religious language and concepts.[4] The Brexit movement was no different. Its leaders skilfully crafted a ‘mythological narrative’,[5] in which theological ideas such as ‘the nation’, ‘the people’, and ‘sovereignty’ were given a sacred meaning accessible to the common man and woman in the street. The sacred was democratised; the everyday sacralised.

The creation of the Brexit narrative myth is evident in the language used by key Brexit leaders. Once the UK shakes off the EU’s ‘imperial yoke’,[6] it will be free to resume its position in the global free trade environment, which is ‘historically in our national DNA’.[7] This would allow Brits to ‘take back full control of our national destiny’[8] and also directly benefit ‘the poorest African nations’.[9]

The conclusion of this narrative is clear. In the words of two academics: ‘Brexit would not only provide salvation for the British people but would become a platform for Britain to offer deliverance to other parts of the globe’.[10]

The British nation was ‘sacred’, its native population a ‘chosen people’. This chosen nation needed to be cleansed from ‘impure’ Europe. The UK’s sacredness is being diluted and polluted by immigrants.

Some observers have wondered whether the Brexit movement filled the void left by traditional forms of religion.[11] As religions satisfy fewer and fewer people’s hunger for meaning and community, nationalist movements are looking increasingly appealing to many. Faced with life’s uncertainties, it is deeply satisfying to have absolute faith in the morality of the Brexit project, and to share that perspective with millions of others.[12]

According to one academic study, the religious timbre of Brexit was no accident. Strategists in Vote Leave understood religion’s ability to fascinate and mobilise large numbers of people.[13] They cynically styled the Brexit movement as a religion in order to gain support and credibility for a belief system which in many ways contradicted evidence and facts.[14]

There are many objections that could be made to the arguments contained in this series. While knowing instinctively that Brexit was definitely not a religion, I wrote this series in part to make the best possible case why it should be one. At times I used rhetorical licence to liken Brexiteers to religious people as closely as possible.

So the question remains, if the Brexit movement does have all of Johnstone’s five characteristics, why is it so clear that it is not a religion?

Another crucial point is that ‘religion’ is not a discrete category. While we can safely say that a house cat is a ‘mammal’ (using its biological make-up as criteria), religion as a concept and category was invented by humans. It is often said that the ancient Greeks had no concept of ‘religion’ because their observance of the gods was an essential part of life.[15] So when it comes to determining what is a religion and what is not, a lot will depend upon how the concept is understood at that moment in history. And at a time in which the lines between religion, politics, and other ideologies are decidedly blurred,[16] that is no easy task.

But surely we do not want to say that every populist movement is a religion?

One obvious religious feature missing from the Brexit movement is a belief in a supernatural power or being. While the values like ‘sovereignty’ and ‘the will of the people’ took on sacred and perhaps ultimate significance during the Brexit debate, surely this is different from the way Jews believe in YHWH or Muslims in Allah. This might go some way to differentiating religions and political movements.

Another criterion may be durability. All of the movements considered to be major world religions have existed for centuries if not millennia. They have an infinite horizon and are self-perpetuating. Brexit, on the other hand, had a very definite time frame. It would be a sorry state of affairs if the Brexit movement were still around in 10 years, let alone 100.

One objection I was acutely conscious of while writing this series is that many of the phenomena seen in the Brexit movement were also evident among Remainers.[17] Remainers were criticised for being tribal, obsessive, and at times violent.[18] They arguably had a sharper sense of the morality of their cause, and turned out to anti-Brexit rallies in droves. If the Brexit movement was a religion, it would be hard to deny that the Remain movement was one too.

The Brexit movement does have the characteristics of a religion. However, our ability to define anything as a religion, particularly something as diffuse and momentary as the Brexit movement, is severely limited. Perhaps we are safer to say that the movement resembles a religion in several key ways.

To one who lived in Britain through the Brexit period, who has witnessed firsthand Brexit and Remain rallies and protests, Brexit certainly had the feeling of religious fervour, purpose, and expectation.

Brexiteers may be better described as ‘millenarian’. Millenarian movements are generally based around the belief that the current state of affairs is corrupt or demonic; they look forward to an imminent cataclysmic moment of transformation, after which justice and peace will reign.[19]

Millenarianism has religious origins but millenarian movements can be secular or political and not explicitly religious. However, they usually have some correspondence with religious ideas and expectations.[20] These movements often fizzle out when the anticipated apocalypse does not occur.

The Brexit movement achieved its longed-for moment of transformation in January 2020 when the United Kingdom left the EU. Whether justice and peace will reign in post-EU Britain remains to be seen.

[1] Richard Dawkins: ‘Brexit is now a religion. They don’t mind if they destroy the country’

[2] Religion played an important role in Britain voting to leave the EU in 2016, research shows

[3] Religion played an important role in Britain voting to leave the EU in 2016, research shows

[11] Faith in religion is dwindling, but when will British politics reflect that?

[12] We marched with hope but few expectations. Yet history will side with us

[15] Battling the Gods: Atheism in the Ancient World review – disbelief has been around for 2,500 years 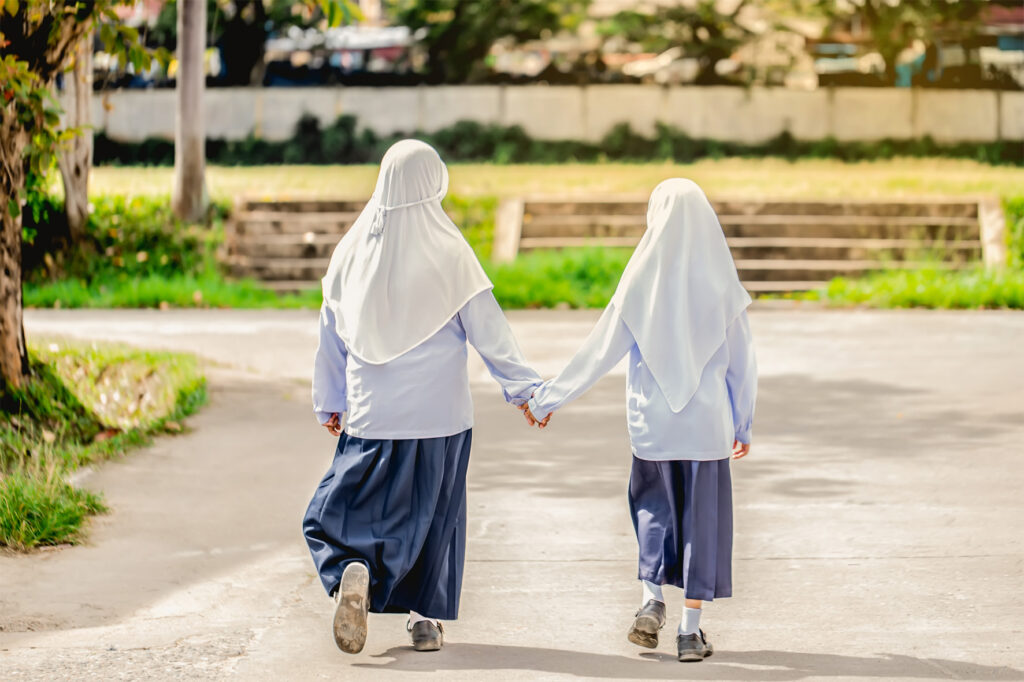 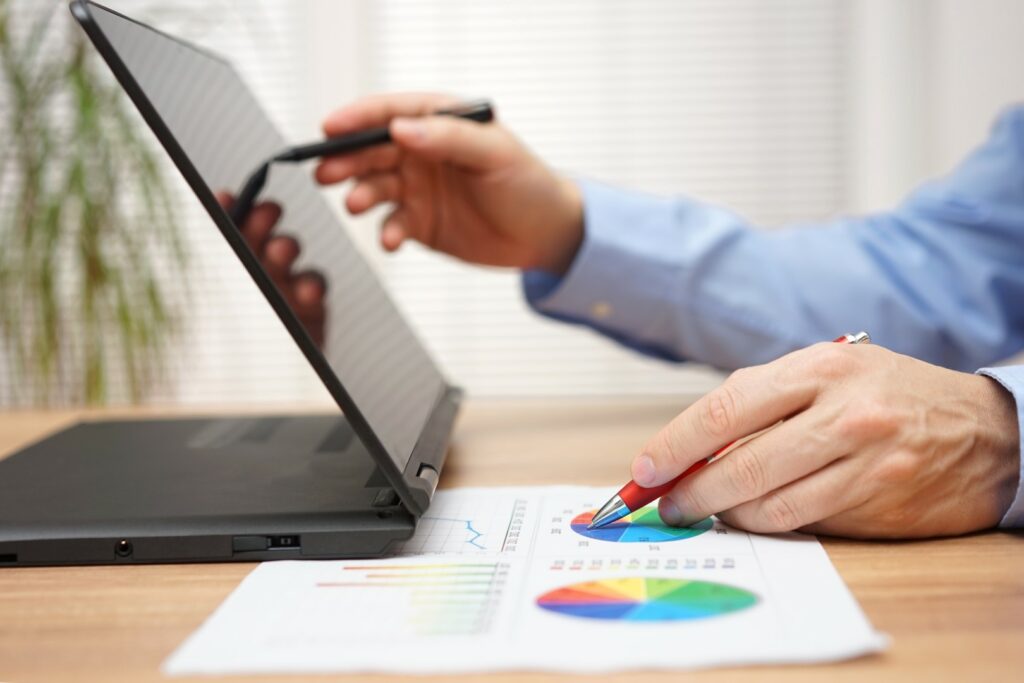